Hamilton: I wish it was more in my hands 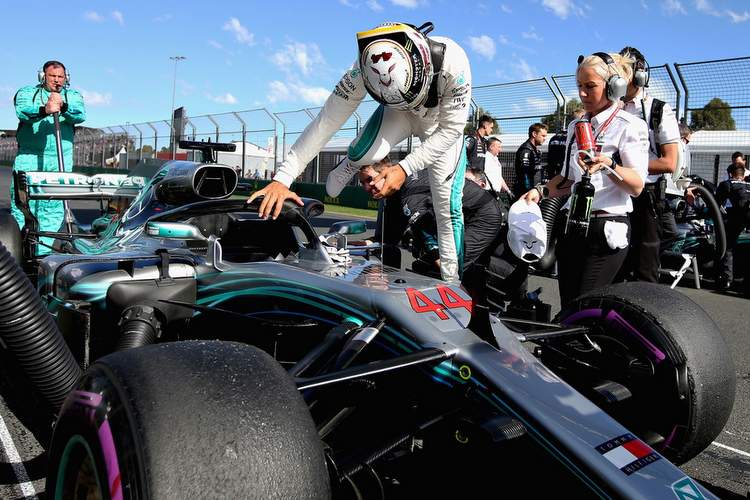 Lewis Hamilton has by design or not called for less control over strategy from his Mercedes pitwall, and wants more of the decision making to be in his hands after seeing his control of the season-opening Australian Grand Prix disappear mid-race thanks to a strategy blunder by his team.

Speaking after the race, in which he seemed destined to victory, Hamilton said, “I don’t know if it’s the right saying this but I wish it was more in my hands.”

“It is a team effort but when you’re relying on so many computers, so much data, so much technology to come up with the strategy I wish it was down more to personnel.”

In the past, there has been a strong argument in the Formula 1 paddock suggesting that limiting the strategy decision making the process from the pitwall would be a good thing. Making drivers more in control of making the decisive calls.

It was a strategy masterstroke by Ferrari on the day which resulted in Hamilton being ambushed by Sebastian Vettel during a virtual safety car period. The German stole the lead and although Hamilton tried to attack immediately the track went green, but it was in vain.

Albert Park has become notoriously difficult to overtake on, so it remained a stalemate and Hamilton’s apparent ‘sure victory’ was instead a very disappointing second place.

Nevertheless, the reigning F1 world champion remained upbeat, “I feel I was driving as good as ever today. Really, really happy with how I was driving. I will take it to the next race and apply it exactly the same as I have this weekend… Try to grow, try to grow within myself.”

“The engine was overheating, and I have to do seven races with this engine, but preferably more if I can. I was on the limiter, I was too hot but I was pushing. But, I was nervous of damaging the engine at the same time.”

“I just thought I couldn’t get him in those other laps, my tyres are going to be worse than now, I’m driving right now at 110 percent, I’m risking everything just for that seven points.

“I should probably sit back, save my engine, and use the life of it for the next ones. That goes against my spirit of racing, because I want to race right down to the last line,” declared Hamilton.

Big Question: Should strategy calls be more in the hands of the drivers than the pitwall?