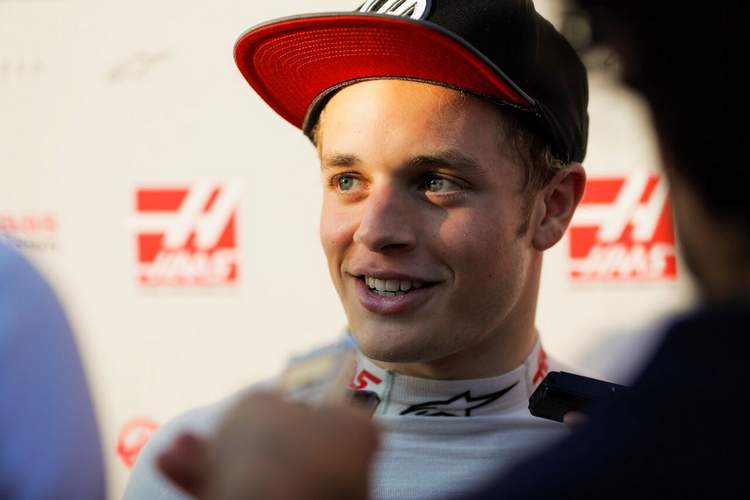 The 19-year-old from Woodbury, Connecticut, is embedded with Haas F1 Team at every opportunity, attending races and tests throughout the year.

Ferrucci joined Haas F1 Team in 2016 and participated in a two-day test with the American organization July 12-13 at Silverstone Circuit in England, becoming the first American driver to drive an American Formula 1 car since 9 October 1977 when Danny Ongais drove a Penske PC4 in the Canadian Grand Prix at Mosport International Raceway in Bowmanville, Ontario.

Ferrucci tested again for Haas F1 Team in 2017, driving Aug. 1-2 on the Hungaroring in Budapest. Between the two tests, Ferrucci logged more than 1,900 kilometers (1,180 miles).

“We’re pleased to have Santino back with Haas F1 Team and we look forward to his continuing development in F2,” said Guenther Steiner, team principal, Haas F1 Team. “Santino is a young, American driver with plenty of potential and we’re very supportive of his desire to make it to Formula One.”

Ferrucci competed in the final 10 races of the 2017 F2 season with Trident after beginning the year in the GP3 Series. Ferrucci’s first race of 2018 is the F2 season opener April 7-8 at Bahrain International Circuit in Sakhir.

“I said it when I first became a part of Haas F1 Team – my goal since I began racing is to become a Formula One driver, and to be an American who is part of an American team is something I take a tremendous amount of pride in,” Ferrucci said.

“My time with Haas F1 Team has really prepared me for my first full F2 season with Trident, and between the two teams I feel like I’m in the best position to succeed and, ultimately, get to Formula 1,” added the teenager.