Inside Line: Les Miserables and other stories 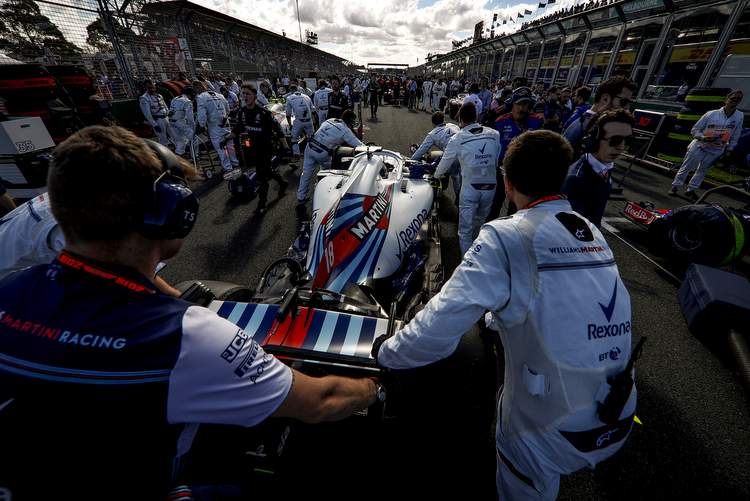 Williams, Force India, Toro Rosso and Sauber had varying fortunes at the season-opening Australian Grand Prix, the common denominator that emerged from the weekend is that the eight drivers in these teams will not be racing for wins, podiums are highly unlikely and points will be very hard to come by

How bad is the Williams FW41? Very bad!

For me the most disappointing of all was the woeful time Williams and their drivers endured in Melbourne. Lance Stroll and Sergey Sirotkin – the least experienced pair on the grid and in the team because of the bags full of money they brought along for the ride – have been handed a lemon of a car from the drawing board of the highly rated Dirk de Beer, overseen by Paddy Lowe, their first car with the team.

I must say I impressed with Stroll (who does not need to play politics and tow the party line) did not mince his words when he rubbished the car after running near the back all Sunday afternoon at Albert Park, while Sirotkin’s debut lasted five laps with a wayward wrapper to blame for his demise.

Silliness all around in the Williams camp, a team which has such an illustrious history, once a true superpower now reduced to a shadow of its former self and got so smart with their car design that they appear to have even fooled themselves.

For the record, I am on that side of the fence with the folks that believe Williams and Force India do not have access to the exact same power units and related gizmos plus crazy ‘party mode’ software that the Merc boys have at their fingertips.

But let’s believe the claim by Williams themselves, and of course Mercedes, that the engines are equal. Then the question has to be asked: what is going on Mr de Beer and Mr Lowe?

The FW41 was about 1.6 seconds slower than the Mercedes W09 in qualy and Stroll’s fastest lap in the race was two seconds off Hamilton’s best.

Maybe it’s the drivers? Stroll is a newcomer with only one season under his belt, Sirotkin is a rookie and their test driver Robert Kubica has been out of touch with Formula 1 for half a dozen years.

Can the trio deliver the input to develop a competitive F1 car? More importantly, can their drivers guide the team out of the hole they have designed for themselves?

These are grim times at Williams with Martini pulling the plug at the end of the season and now they may have let down their big money paying drivers with an awkward car. Going to be intersting to see how the billionaires go about their business in forthcoming months.

On the evidence of Melbourne, the Williams lads look destined to spend a year at the wrong end of the field and unless their ‘clever guys’ can find that magic button to sort out their sorry woes it will be a season of misery for the once mighty champions.

The force was not with them in Melbourne

Perhaps the only slight consolation for the Grove outfit is the fact that fellow Mercedes powered Force India also endured a disappointing and well below par weekend.

Force India were easily the Best of the Rest last year and rightfully admired for their fourth place in the constructors’ championship with one of the most modest budgets on the grid, but in the space of a few months they have gone from hero to zero and appear to in freefall.

Like Williams, Force India were also in the region of 1.6 of a second off the Silver Arrows pace in qualifying, maybe a tad less in the race, but were simply never on it all weekend long.

Sergio Perez and Esteban Perez toiled hard to finish 11th and 12th respectively way behind the worst of the Silver Arrows, thus suggesting that their technical team have got their sums wrong with the design of the VJM11.

Force India chief Bob Fernley lamented after the race, “Ultimately we didn’t have the pace this weekend to fight in the top ten and so we’ve ended our day on the cusp of the points. It’s early days in the season and with twenty races to go there will be plenty of opportunities to develop this car and show our strengths.”

Truth and corporate optimism combined from Fernley, as if the other teams will be standing still!

Force India are potentially F1’s version of Leicester City, but that was then. Right now they look deep in the relegation zone and they must be hoping that Albert Park was merely a hiccup and in Bahrain the force will be with them again…

Toro Rosso and Honda were the feel-good story of the preseason, but when it really mattered the fairytale turned decidedly dark during their first grand prix weekend at the season opener Down Under.

They must have forgotten where they packed the engines they used in Barcelona earlier this month in Japan because what they gave Pierre Gasly and Brendon Hartley to work with in Australia was abysmal. The pair were almost constantly in the bottom quarter of the four-speed traps dotted around the circuit.

Gasly had to retire on lap 15 with an MGU-H problem, while  Hartley was forced into an early pitstop after flat-spotting his tyres. He was on the backfoot thereafter and in his defence, he simply had no ammo to use to challenge anyone. He finished last of the cars running at the end of the race, one lap down on the winner.

Sadly Honda did not find that elusive ‘magic button’ over the winter, instead they still have work a great deal of work to do with two Formula 1 newcomers to guide them out of the rut.

The struggles of their junior team will not have escaped the big bulls in the energy drinks camp. The Japanese manufacturer is seen as an option for Red Bull when and if they decide to ditch Renault. After Melbourne, it is more than likely that Messrs. Mateschitz, Marko and Horner will not have been impressed with what they saw.

Did Sauber forget their new Ferrari engines at home?

They may have because they were not much better than they were last year despite running the latest version of the prancing horse badged power unit. In other words, the same piece of kit that Kimi and Seb have bolted to their cars.

In fairness, it is early days for the Swiss team but they still have a steep mountain to climb.

For me personally, as a one time Alfa Romeo owner, it was great to see the badge back in Formula 1 action again. But in truth, only time will tell if they can demagnetize themselves from the back of the grid.