Vettel: What goes around comes around… 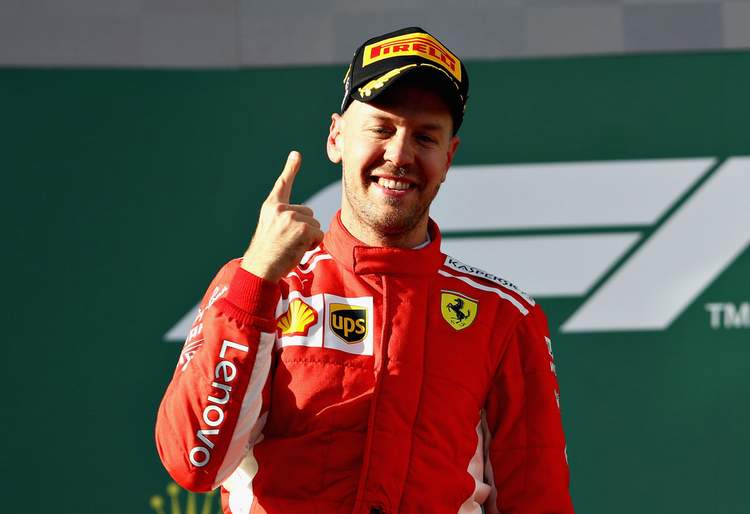 Sebastian Vettel’s hopes of a “party” after Mercedes celebrated after qualifying a day earlier were fulfilled in spades with a “lucky” win for Ferrari at the season-opening Australian Grand Prix.

Vettel capitalised on a virtual safety car deployment to emerge out of the pits in front of pole-sitter Hamilton and held off the world champion to claim a 48th win overall and third at Albert Park.

A mere 24 hours earlier, Hamilton and Mercedes had far superior pace in qualifying and the Briton could not help but make a cheeky dig at Vettel, saying his blistering pole lap was intended to “wipe the smile” off the German’s face.

Vettel, who had been third fastest, retorted, “What goes around comes around. He’s free to have a party tonight and then hopefully Kimi and myself will have a party tomorrow.”

And so it proved, as a frustrated Hamilton was left in a Ferrari sandwich between Vettel and third-placed Kimi Raikkonen.

Although presented with a golden opportunity to rub Hamilton’s nose in it, Vettel denied there was extra satisfaction winning after the Mercedes driver’s taunt.

“Not really. He said he was joking and I believe him,” Vettel told reporters after the race. “I think we are old enough, I don’t think we need to go on that sort of level. It’s fine as long as we joke with each other.”

“I think we share – all of us – a common passion and that makes us quite equal again. We love racing and we try to do our best, once we’re in the car and beat all the others. I think in that regard, I don’t see why we shouldn’t get on with each other.”

Vettel’s win had echoes of last year’s race when he re-entered from the pits in front of pole-sitter Hamilton and burned away to victory as the Silver Arrows battled through the traffic.

Last year, however, Ferrari had a better car and the performance gap with Mercedes was far less glaring, added Vettel, making a sobering assessment of his team’s immediate prospects in the series.

“I think last year we had more pace in relative terms. Last year, we were putting them under pressure,” said the four-times world champion.

“At the moment we’re a bit worse off. If you look at the gaps the whole weekend and we’re not yet a true match. Therefore at this point, we know that we are not yet where we want to be because we want to be fastest,” insisted Vettel.