Vettel: It was our turn to get lucky 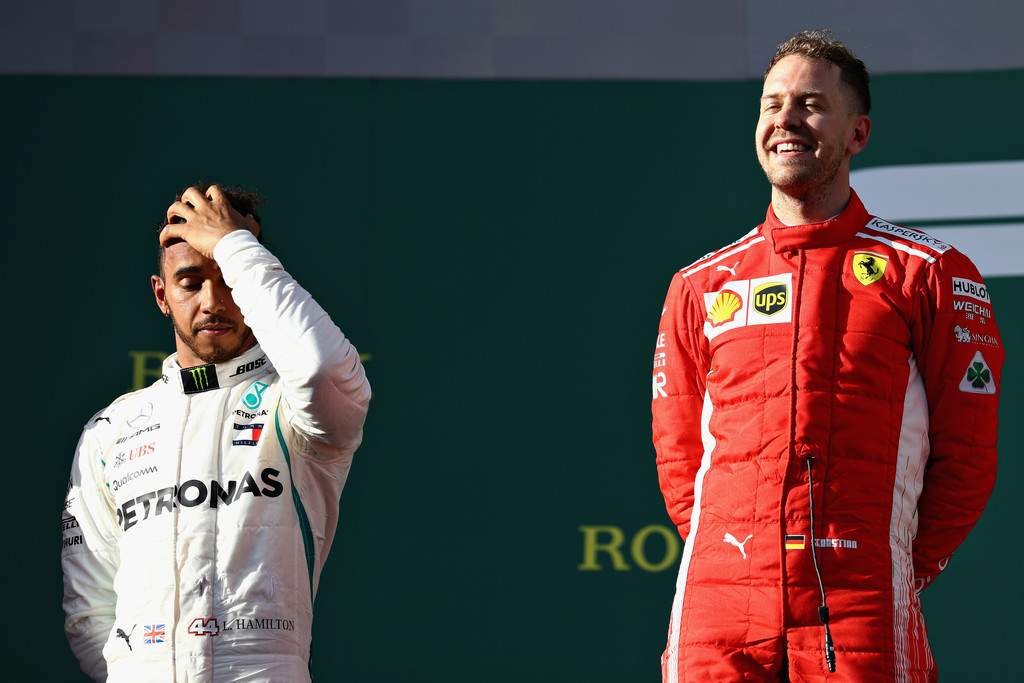 Karma was unkind to Lewis Hamilton after he told Sebastian Vettel how he enjoyed wiping the smile off the German’s face during the qualifying press conference a day earlier, but it was the reigning world champion’s smile that disappeared when the Ferrari driver snatched an unlikely victory at the season-opening Australian Grand Prix from the Mercedes team that seriously blundered their strategy..

During the post-race interviews, Vettel did not milk the tete-a-tete of the previous day but was instead honest in his recap of a tense and intriguing race, “We got a bit lucky with the timing of the Safety Car and obviously that was the key to our win.”

“We had other races last year where it went the other way. It worked for us this time. No doubt Lewis was faster in the first stint and he was fast again in the second stint. I was hoping for better from my start and I struggled a bit in the first part of the race where I had to let them both go a little bit – that wasn’t planned!”

“I was praying for the safety car. When I saw a Haas had stopped in the exit of Turn 2 I was full of adrenalin – even though the race was frozen – to come into the pits with everything on the limit and race to get back out.”

“They told me it was really close with Lewis and when I got out ahead I knew it would be difficult for him to pass. On the soft tyres, I felt happier with the car and was able to control things as Lewis did his utmost to keep pressure up.”

“He never really got close enough to try and do anything and it’s not the easiest track to pass on – again, I’ve been on the other side of that in other years, but this year it worked in our favour and I’m very happy for the team.”

“We are not yet where we want to be, but this result gives us a good start and a good team result, so for everyone back home it gives is the motivation to press on,” ad the Ferrari driver.

It was Vettel’s second victory in a row at the season-opening Australian Grand Prix, which means he tops the points standings for the first time since last year’s Belgian Grand Prix.