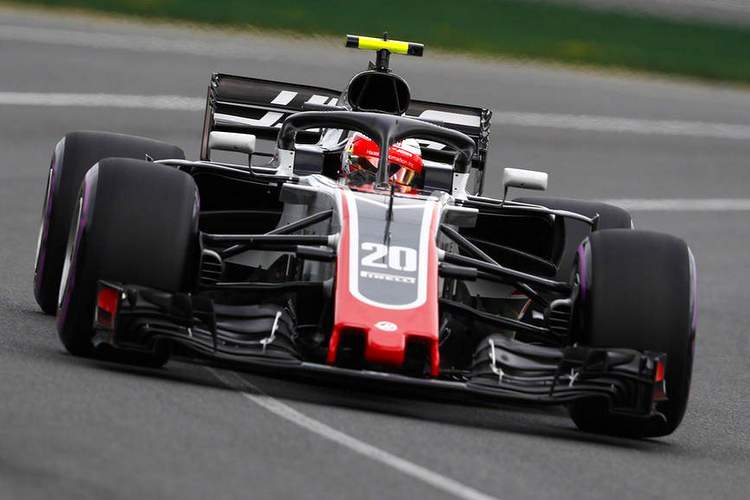 Haas celebrated their best ever qualifying performance for the season-opening Australian Grand Prix and batted off suggestions that their car was a ‘replica’ of last year’s race-winning Ferrari.

It was only the second time the Ferrari-powered team, who made their F1 debut in 2016, had both drivers qualifying in the top 10.

The team’s previous best grid placing was eighth for Grosjean and 10th for Mexican Esteban Gutierrez in Japan in 2016.

Haas’s pace caught the attention of rivals in testing, with some tipping them to be the potential surprise of the season, but there have also been comments about the team’s close technical ties to Ferrari.

“They have obviously a Ferrari replica of last year and Ferrari were winning here (in 2017),” McLaren’s double world champion Fernando Alonso had said on Friday after the first practice sessions.

“Haas appears to be very fast and maybe is right behind the top three teams and it will be hard to beat, especially in the first race and the first part of the season,” added the Spaniard, a former Ferrari driver.

Grosjean, who has long aspired to be a Ferrari driver, said disparaging comments about the Ferrari ties were unfair even if Haas used the same engine, gearbox and suspension as the Italians.

“It’s the same thing every time we’re fast,” said the Frenchman. “It was the same thing last year, we were ‘Ferrari B’,” he added. “It’s not true and it’s not nice for the people that work at Haas.”

Magnussen, a former McLaren driver, said Alonso — who qualified 11th but starts 10th — was just annoyed that Haas were ahead.

“I’m really proud of the team, and impressed. We’ve got a car that’s competitive here, it’s the fourth best car on the grid this weekend,” he told reporters.

“This team is the smallest on the grid, and if not the lowest then one of the lowest budgets and the least amount of people and resources. And yet we’ve got the fourth best car on this track in qualifying,” added the Dane.