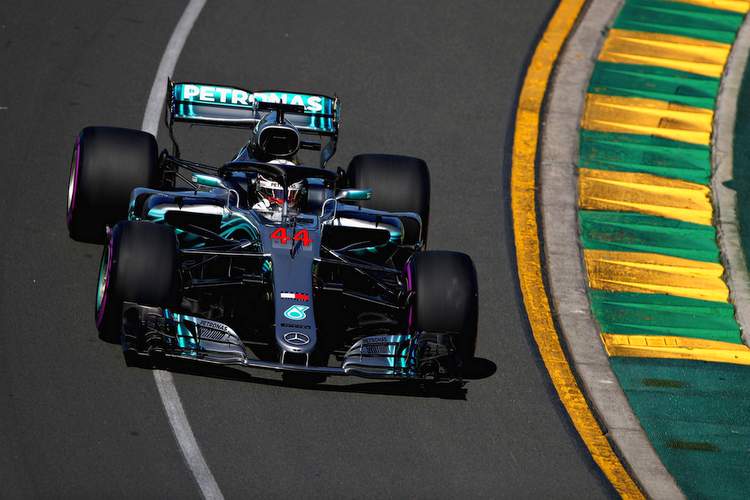 Hamilton, targeting his fifth world crown this year, was in scintillating form as he hogged the top of the timing screens at the end of the season’s first 90 minutes practice session

With bright blue skies over Albert Park, Hamilton’s best effort of 1:24.026 seconds was more than half-a-second up on the next best his team-mate Valtteri Bottas as the reigning finished the session one-two.  Both setting their times using the quickest using the purple band Pirelli ultrasoft compound tyres.

Notably rivals Red Bull and Ferrari did not use ultrasofts for their fastest runs, thus the true extent of Mercedes’ advantage – if they even have one – will unravel during the opening weekend.

Max Verstappen was third fastest in the Red Bull although he did sample the ultrasofts during the session his time was set using the red band soft tyres, albeit three-tenths of a second shy of the benchmark time.

Kimi Raikkonen with softs bolted onto the Ferrari for his best lap time was fourth, ahead of teammate Sebastian Vettel in fifth and the second Red Bull of Daniel Ricciardo rounding out the top six.

Romain Grosjean was best of the rest, in seventh, and gave a glimpse of the Haas pace which they showed hints of during Barcelona testing, although his teammate Kevin Magnussen ended his session down in 17th.

After completing their installation laps, McLaren’s double world champion Fernando Alonso and Stoffel Vandoorne were confined to their garages for most of the session with engineers worried about an exhaust system problem.

McLaren, now powered by Renault engines after an acrimonious split with Honda last year, were saved further blushes as Alonso finally emerged with 22 minutes left in the session to post flying laps and finish an encouraging eighth. Vandoorne was 10th behind Renault’s Carlos Sainz.

Early signs are that the race to be ‘best of the rest’ outside Mercedes, Red Bull and Ferrari, will be tight early in the season, with little more than a second separating Grosjean from Force India’s 16th-placed Sergio Perez. 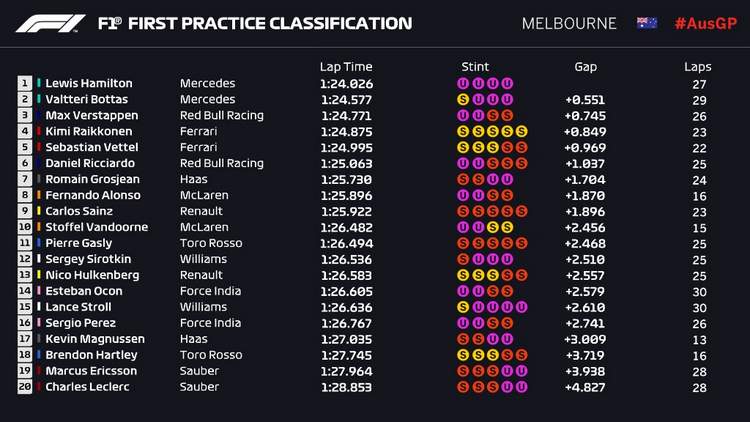