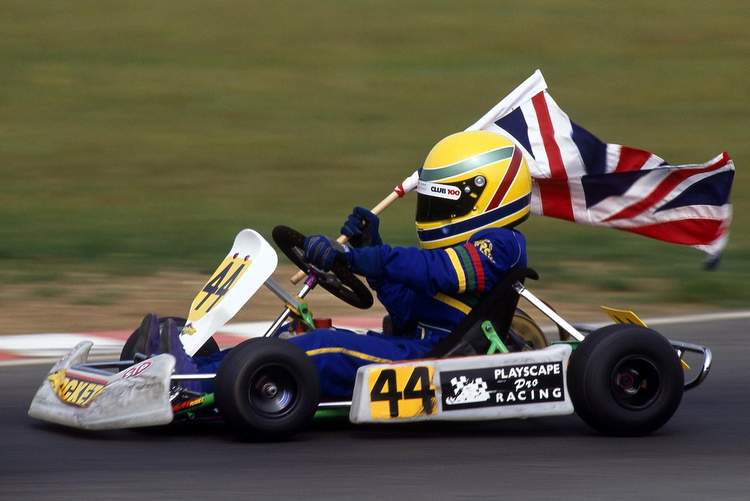 Lewis Hamilton is on top of the world in Formula 1, this season his quest is for a fifth world championship in Australia this weekend, but there is mounting concern at grassroots level that motorsport is becoming unaffordable for anyone but rich kids as karting fields shrink in what is one of the hotbeds of junior racing.

With costs spiralling and some junior kart teams racing on six-figure budgets, youngsters hoping to emulate Hamilton’s rise from social housing to stardom are being priced out of contention.

Britain’s Motor Sports Association says the number of MSA licence holders in karting — where future champions learn their craft — has fallen by 30 percent in the decade since Hamilton made his grand prix debut in 2007. Less than 12 percent of the total are under the age of 21.

“I don’t think it’s an insurmountable problem but it’s certainly something we need to address quickly,” David Richards, the former F1 team principal who was appointed chairman of the MSA in January, told Reuters. “Otherwise, where will the next Lewis Hamiltons come from?

Richards, whose Banbury-based Prodrive motorsport and engineering company runs race programmes for manufacturers including Aston Martin, recognised that Britain was still well off compared to other nations.

The country has produced a string of top drivers, boasts world-class engineering and most of the Formula One teams are based there.

Richards was concerned, however, about what could happen five or 10 years down the road, “If there are such big barriers to participation that we can’t get the talent in the first place, that means we don’t get the best people in. I really do believe that at the grassroots level today, those barriers do exist.”

Speaking at the launch of his Mercedes team’s W09 car last month, Hamilton doubted it would have been possible for someone from his background, without money or connections, to come through now.

“Right now racing is just ridiculously expensive,” said the 33-year-old. “I think it’s much harder for anyone from a council estate in Stevenage to get to Formula One now. It’s pretty much impossible because you don’t have the money.”

Richards suggested electric karts, which can be electronically tuned to ensure they are evenly matched, could be one way to contain costs and level the playing field, “We can look at ways in which we make sure that the karts are all equal and we don’t end up with this ridiculous situation where people are buying 10 engines to find the best one.”

“We can’t have motorsport accessible only to the rich. This sport has got to be accessible to far more people,” added Richards.

The former Benetton and BAR F1 team boss, who was also a world rally champion co-driver and whose company ran the Subaru team that won titles in the 1990s, hoped to get more women involved at all levels and saw esport as something to be embraced.

The fate of the British grand prix was another concern, with Silverstone hosting the first Formula One championship race in 1950 but its future uncertain after 2019.

Circuit owners the BRDC have activated a break clause in their contract that means a farewell unless a new deal is struck.

Richards, who has not been involved in negotiations so far, said the race was a key asset that the country should not let slip — particularly in the light of impending Brexit.

“I think the opportunity to use a flagship event like the grand prix to promote Britain at a time when we need to be promoting ourselves, our engineering expertise and our talent in this country, shouldn’t be lost on government,” he said.

“We will do everything we can as a governing body to try and find a way of retaining it and are looking at the opportunities to do that.”