Bottas: I need to step up my game starting in Melbourne 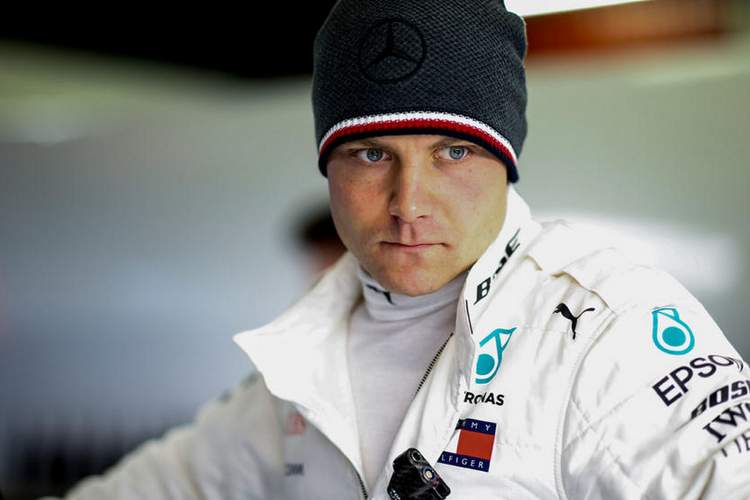 Mercedes driver Valtteri Bottas knows he needs to step up his game from last season if he is to have any chance of keeping his place with the World Champion team and has targeted a top-two finish at this weekend’s season-opening Australian Grand Prix.

The 28-year-old won only three races last year despite getting a drive for the dominant Mercedes team alongside world champion Lewis Hamilton.

With a host of other drivers coveting the Mercedes seat for next year when Bottas’s contract is up, the Finn knows this term he has to produce – starting at Albert Park on Sunday.

“I do have big goals,” he told reporters at the track on Tuesday. “I need to try and step up my game and want to start the season well here in Melbourne. Last year, I was third in the race so for sure need to do better than that.”

Before last year’s podium, Bottas had a pretty poor record in Australia with 14th, eighth and fifth places in his three races for former team Williams.

He failed to even start the 2015 race in Melbourne after suffering a back injury in qualifying which required an overnight stay in hospital.

He added, “I haven’t found it to be one of my strongest circuits in the past. You know, I’ve always had a bit of mixed results but that’s something I want to change. I can’t have bad races for myself.”

“I want to be consistent in every place, so I think there were some positives in the race last year, so hopefully we can build on that and be quick in the qualifying as well.”

His teammate Hamilton has won only twice in Australia and finished second for the second year in a row last season on his way to his fourth world title.

Bottas is very much aware that his primary function as Mercedes chase a fifth successive constructors’ and drivers’ title double is to step into the breach should something go wrong for the Briton.

“If Lewis is having a bad day, or bad race for any reason then I need to be able to fight for the win of the race,” he said.

“So I’m just going to really focus on my performance, go day-by-day, session-by-session, lap-by-lap and try to be at my best every single time I’m on track,” concluded Bottas who will be competing in his 99th grand prix weekend.