Grosjean: I want to do Le Mans and NASCAR this year 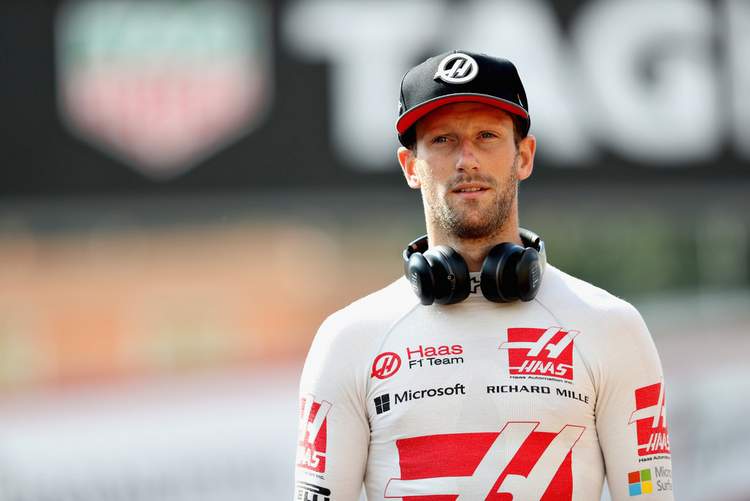 Romain Grosjean, perhaps inspired by Formula 1 colleague Fernando Alonso, is looking to mix up his grand prix schedule with a Le Mans foray this year and perhaps even a NASCAR outing.

He told Racer, “Le Mans 24 Hours is one that I’m looking at. If there’s a great opportunity I may just jump in [this year]. It would be five weekends in a row or something like that, but I’ve got to train for a triathlon first. I’m trying to do a first triathlon this year, so I have a deal with my wife who says if I go and do another race I have to drop that one! I’d pick Le Mans.”

“I haven’t even asked the team. If there’s an opportunity I will ask the team for sure and we’ll see what we can do. If they don’t want me to race, fine, I can fully understand. There are already a lot of races.

“I would love to try NASCAR but it’s difficult because of the skill and I need to test the car – I can’t go to a race and think: Oh, I’ll be all right, it’s NASCAR. It’s a bit complicated. So we’ll see what the future holds.”

Haas Formula 1 team owner Gene Haas is also co-owner of NASCAR outfit Stewart-Haas Racing and this Grosjean’s desire to drive in America’s biggest series is not a pipe dream.

Asked how he rated his chances of getting into a Stewart-Haas cup car, the Frenchman revealed, “50:50. I think so. The first year was really a wish from both sides and it didn’t really work. Then they swapped to Ford, which they really had to focus on. So it’s not that easy.”

“I said I don’t want to do any ovals because I don’t feel comfortable, it’s something very different from everything I know. So there’s only two road races – Watkins Glen and Sonoma – and it just makes things difficult. It would probably have to be a request from the team and then I would be super happy to do it.”

Watkins Glen is a possibility as it takes place during the Formula 1 summer break, but the Sonoma round clashes with the French Grand Prix weekend.

Grosjean is clearly up for growing his racing experiences and added, “World Rallycross, I love it. It’s really cool. The ice race trophy – Andros Trophy – I have done it a few times and will probably go back, even though it’s 100% electric next year. They’re going electric. Naturally aspirated engines are still going to be accepted but obviously, they won’t have any chance to win. Less spikes or whatever on the tires.”

Big Question: Should Formula 1 drivers be allowed to race in other categories during a season?