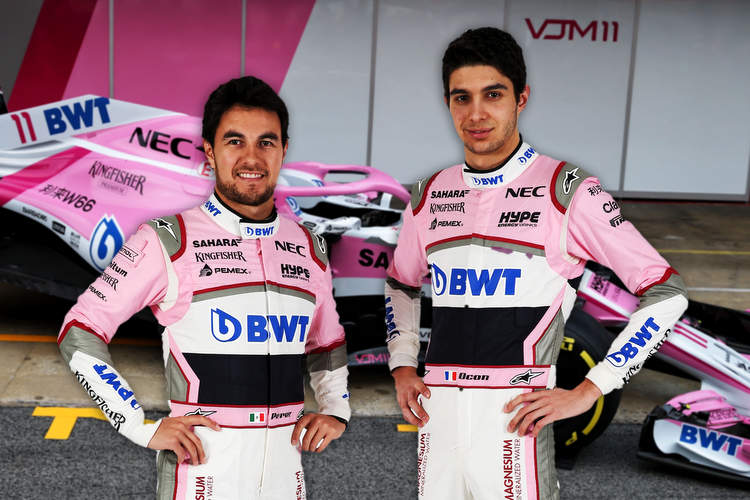 Ahead of the opening race of the 2018 Formula One season in Australia on March 25, we take a look at how after their sustained progress in the sport, can Force India break the top three? We assess their chances.

Force India cemented their status as the best of the rest with a second successive fourth-place finish in the constructors’ championship, achieving a record points total of 187.

Fantastic reliability saw them get both cars into the top 10 on 16 occasions, with Esteban Ocon finishing every race until a collision with Romain Grosjean spoiled his perfect record in Brazil on the penultimate race weekend.

Force India provided arguably the most fascinating intra-team rivalry in 2017, with Perez and Ocon pushing each other all the way and occasionally over the edge – their two collisions at Spa were probably a step too far for two teammates. But it is the Mexican who ultimately came out on top, finishing 13 points clear of Ocon in the drivers’ championship and ending the season seventh.

Perez: “There are still plenty of things that I can improve, to become a stronger driver. I do think that this year I’m going to be stronger than I was last year. I’m working on my weaknesses that I had last year and also on my strengths. That helps. With experience, you can understand a lot more things.”

It was a hugely encouraging first full season for 21-year-old Ocon last year, and his goal will be to build on that this time around. Getting the better of Perez would be a good target for the Frenchman. As part of the Mercedes driver development programme, the rewards are potentially great if Ocon continues to progress in 2018.

Ocon: “There is a great atmosphere in the team, everyone’s working closely and I work closely with him as well so there are no issues.”

It’s all been very quiet at Force India during the close-season, but that’s not necessarily a bad thing. If they can get the best out of Perez and Ocon they should be able to finish fourth once again, but a top-three challenge is likely too big a step.