Verstappen: Losing is always the worst 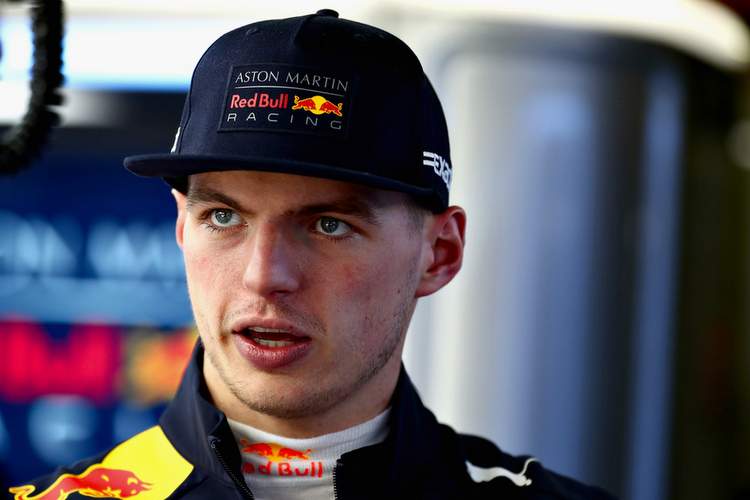 Red Bull driver Max Verstappen could finally have a car fast and reliable enough to challenge for the Formula 1 world championship title this year, a good thing because the Dutch ace hates losing

The 20-year-old Dutchman’s outstanding form in the latter part of last season, two wins and a second place in the last six races, really caught the eye. He even impressed Lewis Hamilton with an audacious overtaking move the four-time world champion would have been proud of.

The “most important” thing, Verstappen says is to start strong and avoid another season playing catch-up and “that we have got a good car from the beginning of the year.”

Verstappen’s confidence has always been high, which is unsurprising considering he is the youngest driver to win an F1 race and to qualify on the front row. But there were signs last year he is maturing and containing his temper. He even apologized, a rarity for him, after knocking his teammate Daniel Ricciardo off the track in a race.

He seems more balanced, as does his car. A consistent Red Bull, allied to Verstappen’s drive to be the best, could be a fearsome prospect.

“The car is definitely faster than last year, so that is positive,” said Verstappen, who was 18 when he became the youngest driver to win an F1 race.

But what he wished for most during a largely frustrating 2017 was a car reliable enough to match his talent. Both Red Bull cars were hit by severe engine problems. Verstappen failed to finish in seven races while teammate Daniel Ricciardo failed to finish six – one of those caused by Verstappen’s recklessness in Hungary.

After pre-season testing ended in Spain earlier this month, Verstappen sounded confident Red Bull will be closer to Mercedes and Ferrari.

“It is handling good so far. I am happy with the balance of the car,” Verstappen said. “We don’t really have big issues, a big difference compared to last year.”

Although Verstappen mellowed a little last year, the fire is still raging inside. His confrontational personality seems to go hand in hand with his fearless driving. At times it has been hard for him to disassociate them, and his ferocious will to win has landed him in trouble.

There have been spats with Ferrari duo Sebastian Vettel and Kimi Raikkonen, and even sharp words from Ricciardo. But they may just have to accept it’s an irreversible character trait.

In a pre-season video released by Red Bull, Verstappen was asked what annoys him the most and the answer was blunt, “Losing… Losing is always the worst.”

There is something of the unstoppable about his F1 rise, and he appears to be taking a direct – if bumpy – path to the top.

It is now part of the sport’s folklore that Verstappen won the Spanish Grand Prix on his Red Bull debut after being promoted from feeder team Toro Rosso. Then, at the Brazilian Grand Prix, shortly after turning 19, he produced a stunning performance in tricky conditions.

He carved his way through the field from 14th place in driving rain to finish third. It was a jaw-dropping master-class in overtaking, where he showed the same uncanny ability to perform in adversity shared by F1 greats like Hamilton, Michael Schumacher and Ayrton Senna.

Late into last season, after Red Bull’s engine problems subsided, he could finally unleash his raw ability. Verstappen turned on the style in Malaysia, the day after turning 20 , making an opportunist move past Hamilton on lap 4 after the British driver failed to defend his position. It was clinical in the extreme.

One month later, Verstappen started from 16th at the United States Grand Prix. No matter. He sliced through to finish third – although a controversial penalty dropped him to fourth, “The race in Austin I really enjoyed, coming from the back and really fighting your way through. I was pushing flat out.”

One problem facing Verstappen this season could be his size. At 1.8 metres tall (5-feet 11-inches) he is among the tallest and heaviest drivers.

This could prove problematic with the arrival of the halo device. Forming a ring around the top of the cockpit, it protects the drivers’ heads from loose debris and during collisions. Drivers understand the need for it, but very few like it.

“Because the halo is heavy – more than six kilos – it’s definitely not favorable for me. I’ll have to adjust my training for it otherwise I won’t feel well during the races,” added Verstappen.