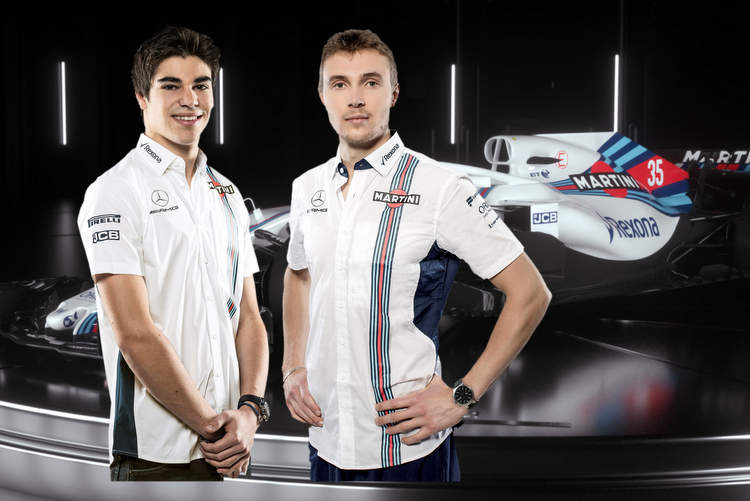 Ahead of the opening race of the 2018 Formula 1 season in Australia on March 25, we take a look at how Williams’ chances of troubling the sport’s big three this year.

While Williams remained steady with another fifth-place finish last season, their points total dropped off by more than 50 and continued their path on a concerning downward trajectory.

The team finished third in the constructors’ championship in their first season using Mercedes power in 2014 but have suffered a year-on-year decline ever since.

Their highlight of last season was a podium finish for rookie Lance Stroll. The young Canadian is now the experienced head after Sergey Sirotkin was preferred to Robert Kubica to fill the seat left by Felipe Massa.

Stroll joined Williams in 2016 as a development driver and his efforts behind the scenes were enough to earn a seat for the 2017 campaign. He endured a difficult start to life in an F1 car, suffering numerous crashes during testing before retiring from the opening three races of the season. However, Stroll soon got to grips with the car and managed an unexpected third-place finish in Azerbaijan. Williams will want to see him reproduce that kind of performance in 2018.

Stroll: “All I can do is my talking on the track, and I believe that when they look at the facts people can judge for themselves if it’s good or bad. I believe that so far it’s been a great journey.”

Sirotkin was the eventual winner of a well-publicised battle to replace the retiring Massa at Williams. The Russian – a former Renault and Sauber test driver – saw off competition from the likes of Paul Di Resta and Robert Kubica, who did land a role as reserve driver.

Williams look likely to be locked in another midfield battle in 2018 – very few people are tipping them as a potential surprise package.

Don’t be surprised to see them end up fifth again, but even that could be a challenge, with Renault and McLaren potentially set to make significant strides this season.