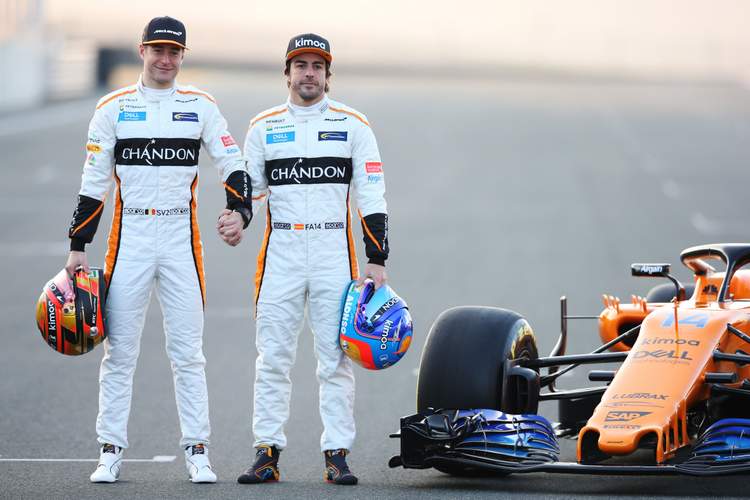 Ahead of the 2018 Formula 1 season-opening Australian Grand Prix at Albert Park in Melbourne on 25 March, we take a look at how McLaren is shaping up for the new campaign and whether they can hope for improvement after a series of disappointing years.

Throughout the two weeks in Barcelona, the spotlight was very much on McLaren and the start of their new Renault power era. And alas for the team’s long-suffering supporters it was not an ideal couple of weeks for the Woking outfit as they struggled with six stoppages, including a lost final morning for Fernando Alonso.

Shortly after the time was erased because the Spaniard missed the chicane during the lap and dropped down to second on the timing screens.

Nevertheless, it is fair to say the coupling of the Renault PU onto the back of the MCL33 has not resulted in an ideal birth for the car that means so much for the beleaguered team.

Couple that to the surprising admission by the team chief Eric Boullier that they may have been too aggressive in their design, “The whole concept aims to optimize the aerodynamic platform. Maybe we were a bit over the limit here and there. But we have to catch up, and you have to take some risks.”

Back to Alonso’s big lap on Friday… it still needed to be driven and in the two times F1 world champion they have a driver that given half a chance will bring home surprise results or, on the flipside, he is also the type of guy who will get so pissed off and walk away. Whatever case drama guaranteed among the papayas.

2018 is a massive year for McLaren because we now have the team the new regime has built, they need a good year. They would have wanted 1000 testing laps and not the problems they had which curtailed their track time, but it is still early days for the great team whose time appears to be running out.

It was a season to forget for McLaren, who recorded just four classified finishes from their two cars in the opening seven Grands Prix.

The car was dogged by reliability issues, but star driver Fernando Alonso managed to finish the campaign with three successive points finishes.

However, the damage had been done and finishing ninth out of 10 in the constructors’ standing led to a split with engine supplier Honda.

One of the most talented drivers on the grid, Alonso would arguably have more than his two world titles had a move to McLaren in 2014 not proved hugely unsuccessful. He will be busy this year as he juggles F1® and the World Endurance Championship as he continues his quest to complete the ‘Triple Crown’.

Alonso: “I think there’s more to come from the car in terms of performance and also of course with reliability, but now we have two important weeks back in the factory to prepare for the first race.”

The 25-year-old Belgian showed signs of promise in his rookie year, with only Alonso’s strong finish to the campaign meaning he did not outscore his illustrious teammate. Vandoorne showed plenty of potential at testing in Barcelona, particularly using the hypersoft tyres, which he will hope transfers to the 2018 season.

Vandoorne: “Obviously, there are a few areas we know we need to work on, and our car in Melbourne will be quite different as there are a lot of updates coming.”

Eliminate small mistakes. A broken exhaust clip worth just $3.50 consigned Vandoorne to an entire testing session in the garage at the Circuit de Barcelona-Catalunya, while a loose wheelnut sent Alonso spinning into the gravel on the opening day.

Make a strong start. McLaren were always playing catch up after a string of abysmal performances in the early stages of 2017 and can ill afford a repeat if they are to push the teams behind Mercedes and Ferrari.

How will they fair?

It is difficult to gauge the pace McLaren will possess this season with a “substantial” upgrade package planned in time for Melbourne, but Alonso appears confident.

“What I don’t have is any reason to believe we are not going to be competitive,” he said in Barcelona. “We have an engine that is not an experiment.”