Vasseur: First step for Sauber is to catch up 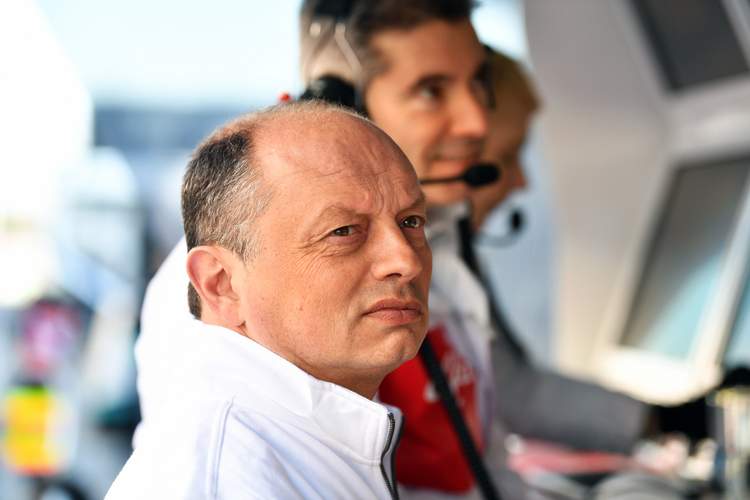 Sauber team chief Frederic Vasseur has a timeline for the rise of his team from the back of the grid to the midpack, but for now, the burly Frenchman is keeping his feet on the ground and targeting closing the gap to their rivals as the first step in their journey towards the sharp end of the field.

Speaking of where the team finished last year Vasseur conceded, “For sure Alfa Romeo can’t expect to be in this kind of situation. The target for us is to come back into the pace [of the midfield].”

“We are far away. We were very far away last year. The first step for us would be to catch up the field. We will [then] be more and more attractive for the engineers, for the drivers, for everybody.”

“You can’t build up a team [immediately]. If you have a look at other projects like Red Bull 10 years ago, Mercedes seven years ago, it took time for them to be able to fight for championships and to win. In Mercedes’ case, they took over Brawn who was world champion. It took five years to become world champion again.”

“It’s going to be a mid-term project to be in the midfield, it won’t be in one year or two years. Look also at Force India for a good reference and a good project. They were more than at the back. They built up something very strong. They were consistently fifth, fourth in the last two or three seasons. But it took 10 years for them to be at this pace.”

Sauber have emerged from a financial crisis that saw them teeter on folding but clearly, the funds have arrived as Vasseur revealed, “We moved up from 320 [staff] to more or less 400 today and [then to] 450 perhaps during this season,” he said. “It’s not easy, and you have to do it step by step.”

This year their drivers Marcus Ericsson and Charles Leclerc will be powered by current generation Ferrari engines, after last year relying on year old power units.

Big Question: Is Sauber headed up the field?