Honda: We used the same engine throughout Test 2 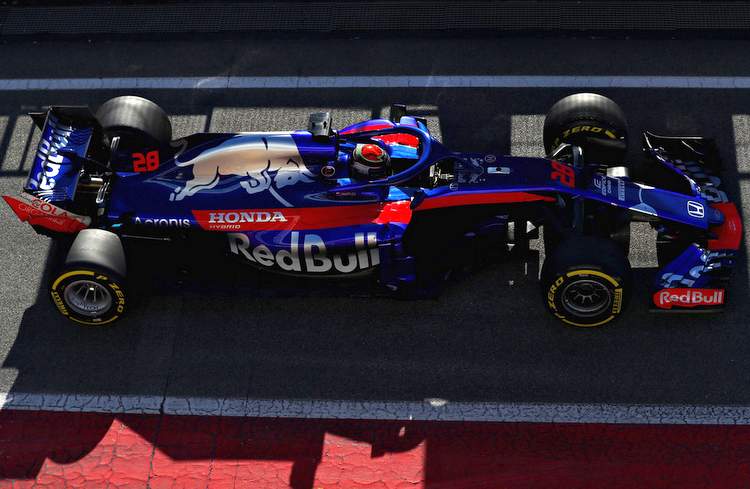 What a difference a year and a slap in the face have made to Honda, last year this time they left Barcelona scratching their heads as they had produced a dud of an engine for McLaren setting the stage for a woeful season and the ultimate divorce.

But a year later, with their new partner Toro Rosso, the Japanese manufacturer are enjoying a strong honeymoon with the Faenza based outfit which may lay the foundation for a long-term relationship that could impact the entire Red Bull F1 organisation.

And added, “The results of winter testing have been satisfactory, as we managed to get through nearly all items on our programme, thus acquiring plenty of valuable data.”

“It was our first eight days of working at a race track together with Toro Rosso. Our relationship has been very open and honest and communication has been effective between all of us.”

“It’s only testing, but it has been an ideal start and now we look forward to racing together in Melbourne,” added Tanabe, whose team are clearly relishing working with their new partner.

The past three years with Honda and McLaren was fractious and tension-packed which in the end resulted in two corporations failing to plug-and-play together. With Toro Rosso this is quite the opposite.

Team principal Franz Tost explained, “I have always said that the partnership with Honda will be very important for our team, as it gave us the possibility to start a new way of designing and developing this season’s car in real cooperation with a very strong engine manufacturer – this time effectively working together in order to improve the packaging in its totality.”

The Honda power unit bolted onto the Toro Rosso STR13 for the second test was bullet-proof thanks to choices made during the first week of testing, when Honda provided three different spec engines for Brendon Hartley and Pierre Gasly, from those they selected the ‘chosen’ one to do the business during the final four days in Barcelona.

At the beginning of December 2017, Tanabe was promoted to technical director of Honda’s Formula 1 project, with Yasuaki Asaki as Operations Manager.

He has worked for Honda for 33 years and used to be a Gerhard Berger’s Honda technician at McLaren during their glory years. He also engineered Jenson Button during the Englishman’s spell with Honda.

Most recently, he worked as head of the IndyCar program, celebrating victory at the legendary Indy 500 with compatriot Takuma Sato in 2017.

In Spain, Tanabe said, “We have gained a lot of experience, the work with Toro Rosso has been outstanding. It was an ideal start to our cooperation, with very open and honest communication.”