Horner: I see Toto making a load of comments on this 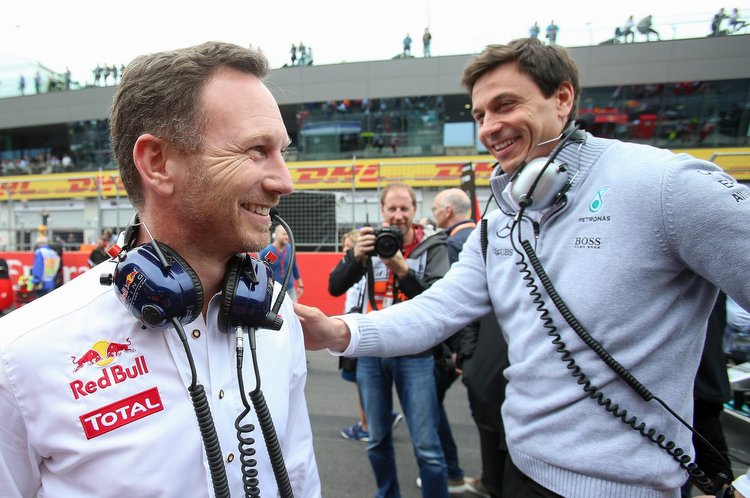 Mercedes chief Toto Wolff believes that Red Bull compromise themselves by opting to use a different fuel and oil supplier to Renault their engine supplier, but his colleague Christian Horner has rubbished the notion and claims it is actually an advantage for the energy drinks outfit

Red Bull use ExxonMobil while Renault use BP and the company’s Castrol lubricants and Mercedes, on the other hand, are supplied by Petronas.

During the final week of testing in Barcelona,  Wolff said in an interview, “The strategic mistake is to opt for the commercial deal rather than making sure you are on the same specification of fuel and oil as the works team.”

“You’re running different calibrations on track, which doesn’t give you any learning. You’re making your life complicated if you’re having different specs. It’s a philosophy,” added the Austrian.

But speaking to Sky Sport, Horner refuted the notion and quipped, “I see Toto has been making a load of comments on this,” the

“We see it as an advantage,” insisted Horner. “We have a great relationship with Exxon and have done for the last 12 months. They are producing some great products and we see it as a technical advantage. Their products won three grands prix last year.”

“Obviously there are additional burdens involved in that as it’s a different supplier than what the works team have, it just means they’ve got to run more engines on the dynos which we have to cover the cost for.”

“But we wouldn’t be using it if we didn’t see it as a technical advantage. They are a great company, great to respond, very quick and we see it as an advantage,” added Horner.