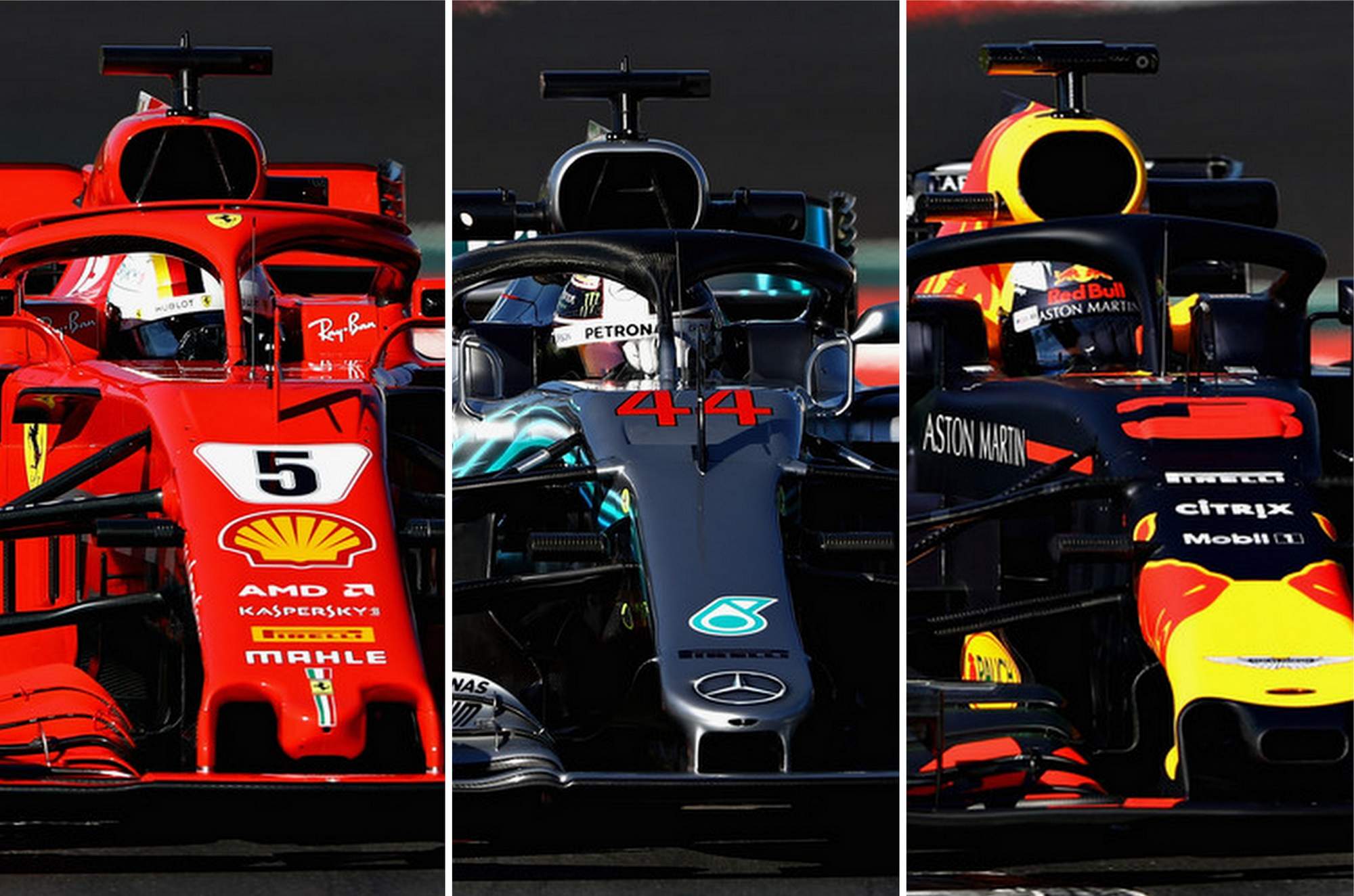 Reflecting on the final four days of testing in Barcelona it would be fair to say that Mercedes, Ferrari and Red Bull will call the shots in the 2018 Formula 1 World Championship.

Who of the trio are better as they head to Melbourne is questionable as each team deliberately stuck rigidly to their own programmes and thus concluding anything other than it will be them at the sharp end of proceedings would be pure guesswork.

During the final four days, the pace went from a sedate 1:20s pace to tickling low 1:17s on the last two days which is an astounding increase in speed around the Spanish Grand Prix venue, perhaps aided by a newly resurfaced track.

Of course, there was gamesmanship along the way.

The weather was a spoiler at one point, but at the end of the eight interesting days in Spain it is worth analysing who-stands-where on the evidence of what went down on track and behind-the-scenes in Barcelona.

Here is my take on where the Big Three are as Melbourne looms. 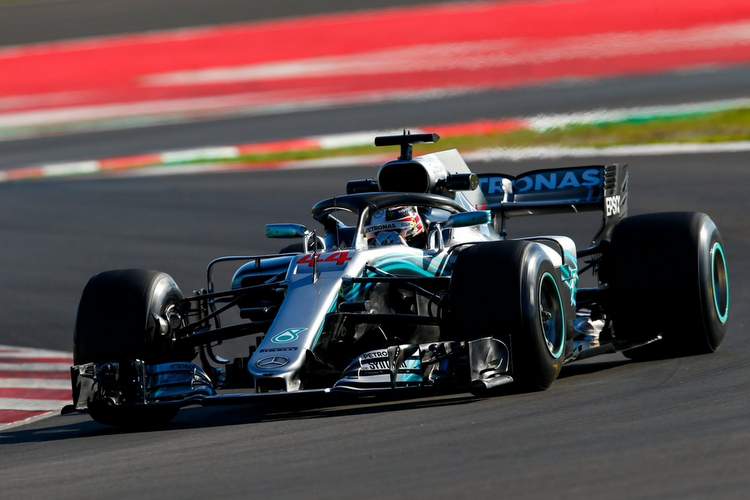 Mercedes are again mega. A finicky but amazing W08 has made way for the W09 which appears to have none of the diva tendencies of its predecessor and was bullet-proof as well as extremely rapid and consistent in race pace setup.

Lewis Hamilton ended the week a lowly eighth, with Valtteri Bottas tenth. But that hardly tells a true story as they on Pirelli purpose left the hypersofts at home, and on the final day their drivers set their best times on mediums. And ominously in race conditions the Silver Arrows were a second quicker than the next best.

By not going for outright times, oozing so much confidence seen in the body language of all in the garage, their message to all is loud and clear, perhaps more so than if they had attacked the track for a hot lap.

Mercedes have to carry the favourites tag to the season opener at Albert Park, but the real question is if they have an advantage how big will it be? 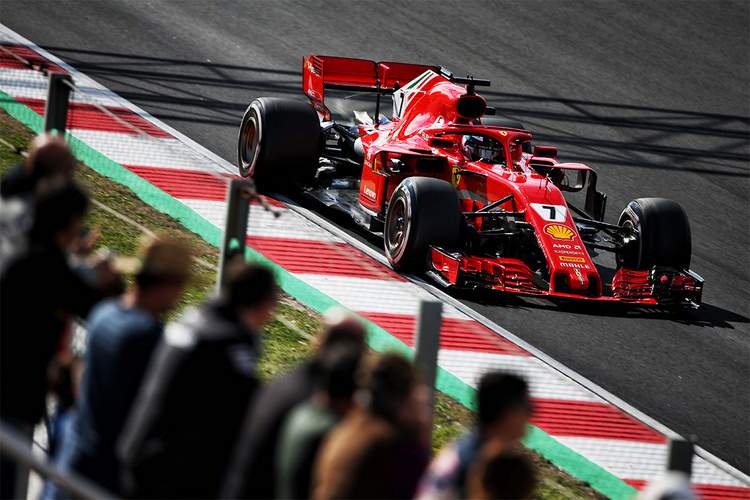 There was a time in Formula 1 when Ferrari tended to win the ‘testing world championship’ but under the new regime victories are all that matter, how they get these is irrelevant.

Hence it was a surprise to witness Vettel unleash the SF71-H on Thursday and tear up the lap record book with a test best of 1:17.182 to reveal their hand, but the question is whether that was all they had in the tank when they went for it.

That Raikkonen almost matched Vettel’s best time suggests the German probably has another half second on that. Top two times over the four days and very useful 849 trouble-free laps covered is possibly a good sign for tifosi as the Reds again take the fight to the Silver Arrows.

But Auto Motor und Sport journalist Michael Schmidt is not so sure Ferrari are in such a good place. He compared the race pace of Ferrari to the race pace of the Ferrari powered Haas and concludes that the SF71-H is only a couple of tenths better.

Schmidt added: “According to GPS measurements the red cars lose time in the turns. That was precisely their strength last year. Track spies reported locked up wheels when braking and very different lines used by the Ferrari drivers.”

He quotes trackside observer Pedro de la Rosa watching through Turns 1, 2 and 3: “The Mercedes and Red Bull are much quieter than the Ferrari .”

There are some big question marks regarding what kind of challenger Ferrari have at their disposal, which will only be revealed in Melbourne. Whether Ferrari have blundered or if they are on the right track will be answered soon enough. 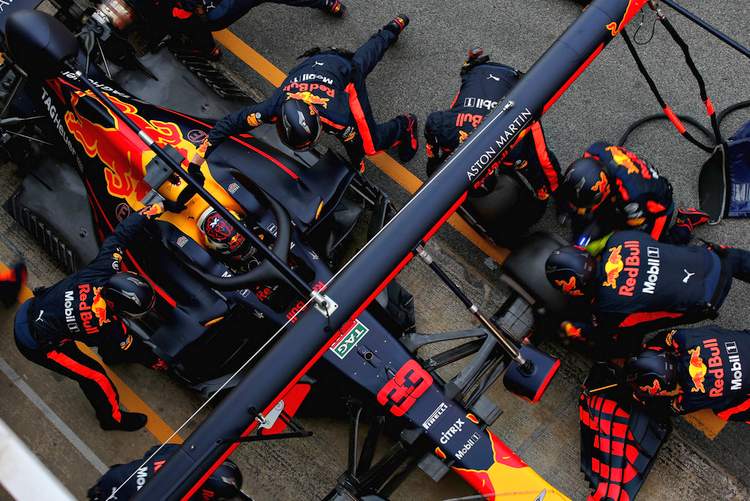 Although Daniel Ricciardo did top the timing sheets at the end of the second day of the second test, Red Bull were very much on their own mission. Max Verstappen ended the final four days second from last on the timesheets. Go figure…

Red Bull motorsport director Helmut Marko told Auto Motor und Sport a familiar story, “We have the better chassis than Mercedes. The difference we have is the engine.”

By playing their cards close to their chests the Blues have not given us much to work with in terms of establishing their potential. On race pace, they are apparently on par with Ferrari.

The big question mark is Renault and the 2018 power unit they have for their customers. It was a bleak day for the French engine supplier as Carlos Sainz sat out the whole final morning as they sorted out an engine issue.

Renault powered Fernando Alonso was also affected. Missing out on a big chunk of track time as the McLaren crew changed the power unit.

All this will have been watched with anxiety from the Red Bull pit garage because reliability could well be the biggest stumbling block for the Renault brigade.

No good having the best chassis if your power units are popping on a regular basis.

Teams covered a total of 37,147 kilometers during preseason testing, now they have two weeks to analyse data, prepare the cars, accelerate upgrade development for Australia and beyond. Some teams head home with huge problems to resolve, while others are well placed and fired up for round one.

For the abovementioned three teams winning is all that matters, and there is no doubt they will be the contenders for the title, but only one of them will be champion.