Ricciardo: Not the quickest yet but we’re in the hunt 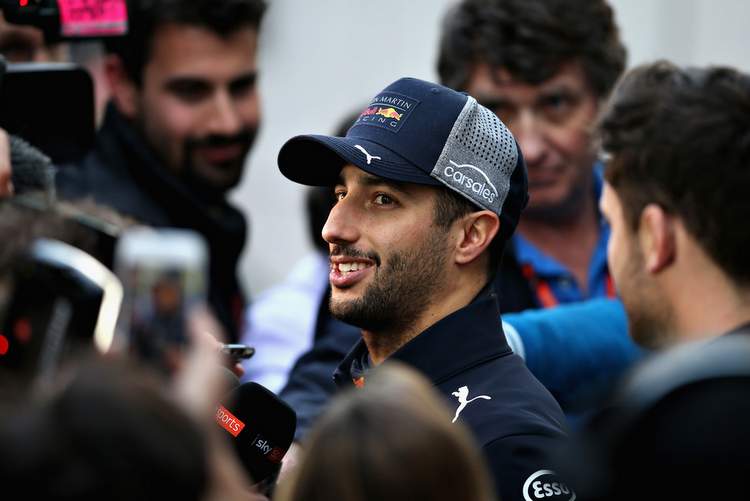 Daniel Ricciardo and Red Bull started the eight days of Formula 1 preseason testing with a bang, setting the fastest lap and some impressive mileage on the very first day at Circuit de Barcelona-Catalunya.

Now with the eight and final day of testing done and dusted, Ricciardo is not quite sure where the energy drinks outfit stands in the pecking order relative to the big guns Mercedes and Ferrari, but believes he can give the a run for their money.

He reflected on the state of play of the season opener on his home soil, “We had some strong pace in testing at times but then you see others and you think you’re there and then you’re like: Ah, I dunno!”

“I think we’re looking okay. I don’t think we’re the fastest car yet, I think we’ve still got to find a bit of time but I think we’ll be close enough to be in the hunt. It’s been a better winter than last year as far as our performance went and we did a lot of laps, so we’re feeling better about ourselves than we were 12 months ago.”

Ricciardo admits that like most he is not quite sure who has what in their armoury, “Ferrari turned it up the last couple of days. They had pretty good pace. It’s hard to say. Then you see some other teams throw in some quick times, so…”

“I don’t think we’re yet the quickest, so I think we do still have some lap time to find but I do believe we’re in the ballpark. What does a ‘ballpark’ mean? I don’t know! But we’re there or thereabouts.”

Heading to the season opener in Melbourne for the weekend starting 23 March, Ricciardo said, “Ideally for me, especially, I’d love to challenge in Melbourne! We’d love a good result there. We’ll try and come out with strong intentions. It looks like Ferrari may be able to challenge Mercedes at this stage if we can’t.”

“I think we still can be close. So if they start taking some points away then we will be there. I’m looking forward to a battle. Hopefully it’s not too spread out this year – it looks like it could be quite close,” predicted Ricciardo.

Big Question: Will Danie;l and Red Bull be F1 title contenders this year?