Toro Rosso: We covered a lot of work and a lot of laps 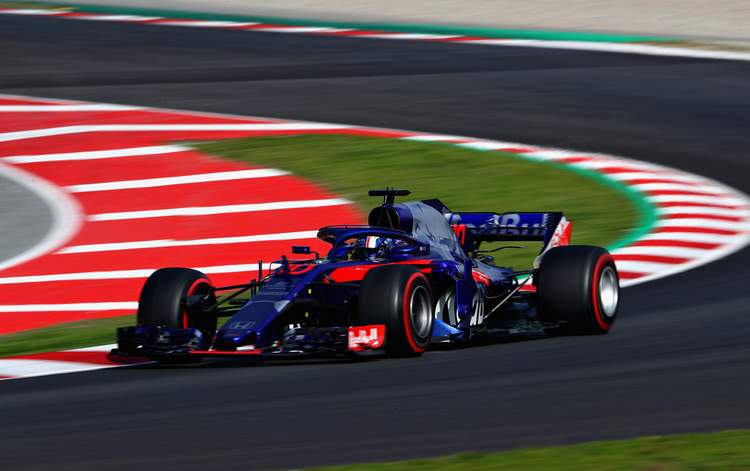 Toro Rosso report from day three of the second preseason test at Circuit de Catalunya-Barcelona, ahead of the 2018 Formula 1 World Championship.

Pierre Gasly: “It was a productive day from both the team and myself as we completed everything we had planned. We set a target of 155 laps and in the end we managed to do 169, so I was happy to finish off testing with a busy day. Today I used the Ultrasoft and the Hypersoft for the first time – and the car always feels good when you have more grip – so we covered more or less all of the tyre compounds and I think we will have plenty of data to analyse now. I’m pretty happy with my lap times so far and I think we have a better idea where we are at after today, because everyone has started to push the limits a bit more. I’m really pleased to finish the last day of testing for me with the third fastest time, even if I know it doesn’t mean too much right now! We will see where we are at after qualifying in Melbourne.”

James Key, Technical Director: “It was good to do 169 laps today which was a lot of work for Pierre to cover and a lot of work for the team to get through. It also represents a record for us with a single day’s mileage in the Power Unit era. In the morning we struggled a little bit to find a balance that was working in the conditions we had and that’s something we need to look into a little bit further, but we managed to begin to pull that together during the afternoon. We ran the softer compounds this morning, with a lower fuel level to try and give Pierre some short run practice. This afternoon we did a race run that was a little bit variable, so we went out again for a further long run on high fuel which was a good step forward with the balance of the car – that proved to be a productive bit of work for Pierre. We covered some shorter runs again towards the end of the day with an improved car balance from what we learned in the morning, finishing off with some live pit stops which, of course, is important for the crew as we head towards the start of the season. The final day for Pierre was as productive as we had hoped as we covered a lot of work and a lot of laps, and we learnt from what we tested. We look forward to repeating that tomorrow with Brendon.”

Toyoharu Tanabe, Honda F1 Technical Director: “Although it was cloudier and cooler than the first two days, conditions were still good for testing and I am satisfied that it was a productive day for the team. We went through a qualifying simulation in the morning and then moved to a race simulation in the afternoon, which included the operational aspects such as the pit stops. We continued with set-up work on the whole package, making adjustments throughout the session. So far, our PU has run reliably and we are making progress in terms of its race settings. Pierre completed 169 trouble-free laps today, giving us valuable feedback. Tomorrow will be Brendon’s turn and we hope to run as many laps as possible once again, to have a good final day of pre-season testing, in this first step for Red Bull Toro Rosso Honda.”