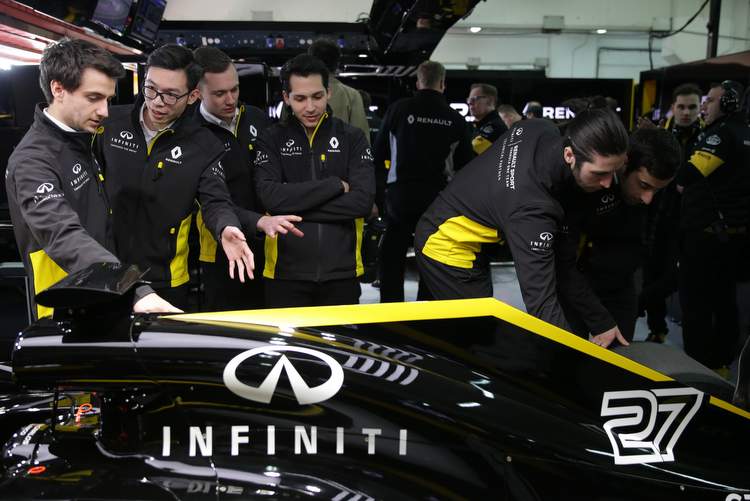 This once-in-a-lifetime opportunity is aimed at highly driven students looking to venture into the vehicle engineering industry, where they will brush shoulders with some of the most experienced engineers within automotive and Formula 1.

This new edition of the Infiniti Engineering Academy will also benefit from unprecedented access to Formula 1 circuits during Grand Prix weeks, with six of the seven Academy Finals being held trackside (Canada, Silverstone for the Europe Final, Singapore for the Asia & Oceania Final, US, Mexico, and Abu Dhabi for the Middle East Final).

Tommaso Volpe (Director Motorsport & Performance Projects, Infiniti Global), said: “Thanks to our Technical Partnership with Renault Sport Formula One Team, Infiniti is now an established active player in F1. The Infiniti Engineering Academy is one of our most successful projects and we are very proud of the impressive growth of this program year after year, both in terms of student applications and awareness. In 2018 we will offer again a once in a lifetime opportunity to seven young engineers from all over the world, confirming Infiniti’s commitment to talent and diversity.

“With Formula 1 more relevant to the automotive industry than ever, Infiniti reaffirms its pledge to creating a cross-functional automotive-F1 platform for young engineers, who can boost their careers through this unique opportunity within the largest automotive corporation in the world, the Renault-Nissan-Mitsubishi Alliance.”

Cyril Abiteboul, Managing Director, Renault Sport Racing, added: “Attracting top new talent is crucial for success in Formula One, and the Infiniti Engineering Academy helps us do that. It’s a fantastic, unique and original initiative which brings new and diverse talent to the sport, which is crucial to its future development.

“The Academy Engineers that we have working with us at Enstone are a big asset to us as we continue to strengthen our technical resource. We look forward to recruiting the seven 2018 winners and expect the same great levels of talent we have seen in the previous ones.”