Ricciardo: We will start contract talks in April 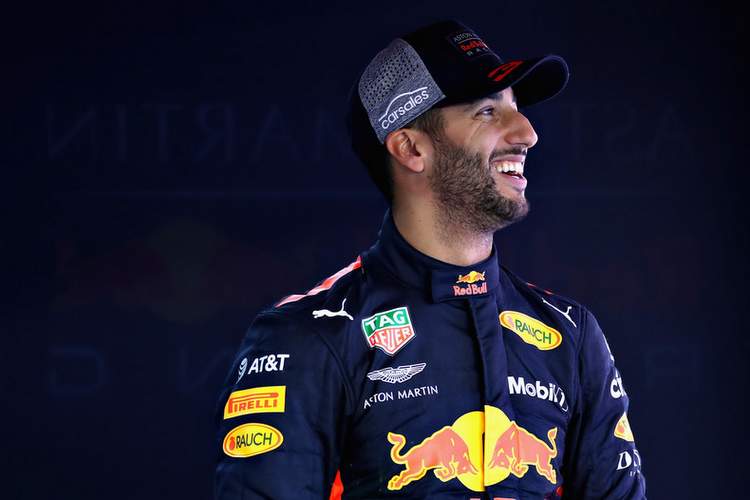 Red Bull driver Daniel Ricciardo expects to resume contract talks with the energy drinks outfit after the first few races of the Formula 1 season that starts on his home soil in Melbourne in late March.

The 28-year-old Australian has an important decision to make, with his next move likely to be crucial to his hopes of becoming his country’s first world champion since Alan Jones in 1980.

Red Bull have said they want him to stay but champions Mercedes and Ferrari, the sport’s most successful team, both have drivers whose contracts are expiring at the end of the year.

“Nothing has really developed since the end of the season. I switched off from F1,” Ricciardo told Sky Sports television at pre-season testing at a cold and wet Circuit de Catalunya on Wednesday.

“I think realistically around April things will start to be spoken. After a few races, hopefully, I win the first few and I can have a powerful say in what I do.”

Red Bull already have Max Verstappen under contract until 2020.

The 20-year-old is regarded as a world champion of the future, and there has been plenty of speculation about an eventual move to Mercedes or Ferrari.

Mercedes are expected to agree a new long-term deal with four times world champion Lewis Hamilton in the next few weeks but Finland’s Valtteri Bottas has an uncertain future as his teammate.

So too does 2007 world champion and fellow-Finn Kimi Raikkonen at Ferrari, who have Germany’s four times champion and 2017 runner-up Sebastian Vettel signed up to 2020.

The Australian was fastest on the opening day of pre-season testing on Monday.