Bottas: So far I’ve got a better understanding 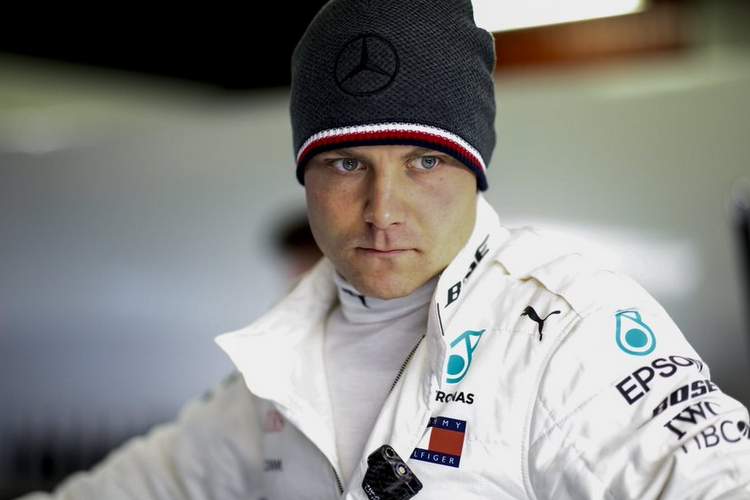 Valtteri Bottas will take any advantage he can get as he goes up against his teammate Lewis Hamilton’s Mercedes this Formula 1 season, while believing that he is better prepared this year than last year, his first with the Silver Arrows.

With the day largely a write-off, the Finn looked set to end the first pre-season test having done much more mileage than the Briton who will line up in Australia on 25 March as favourite for a fifth Formula 1 title.

Bottas completed 94 laps on Tuesday and 58 on Monday for a total of 708km. Hamilton has done 25 laps in total, a mere 116km, and most were in damp and cold conditions at Circuit de Catalunya near Barcelona.

The test ends on Thursday and the teams have four more days at the circuit next week, when the weather should be better.

“The miles, in these conditions, are less valuable than proper miles in proper conditions,” Bottas, wrapped up warm on a chilly morning, told reporters after the second day of testing.

“But I’ll take it,” added the Mercedes driver, who would have preferred to test in Bahrain than Barcelona. “Definitel, so far I’ve got a better understanding because of the mileage.”

“For sure Lewis will also get a good idea of the new car. He is quick to adapt anyway so I‘m sure it will be fine for both of us.”

Bottas won three races last year after moving from Williams to Mercedes while Hamilton won nine and the title.

The Finn suffered something of a slump after the August break and said he had spent plenty of time over the winter reviewing those races and others where he underperformed.

“I have definitely been focusing more on my weaknesses,” he said. “But also you need to remember your strengths and how to use them.”

Hamilton, he said, also had weaknesses but he preferred to focus on himself rather than trying to get under the skin of his teammate.

“If I perform on the level I am aiming to at every single race, I hope that will do the job. I‘m not going to start wasting my energy on any games,” he added with reference to tactical mind games.

Bottas said at the team’s launch at Silverstone last week, when he was also the first to drive the new car, that he felt Hamilton was beatable over the course of a year.

“He’s definitely the toughest teammate I’ve ever had,” he said. “But there’s no driver who is unbeatable. I believe in myself also. I feel I have better chances this year than last year.”