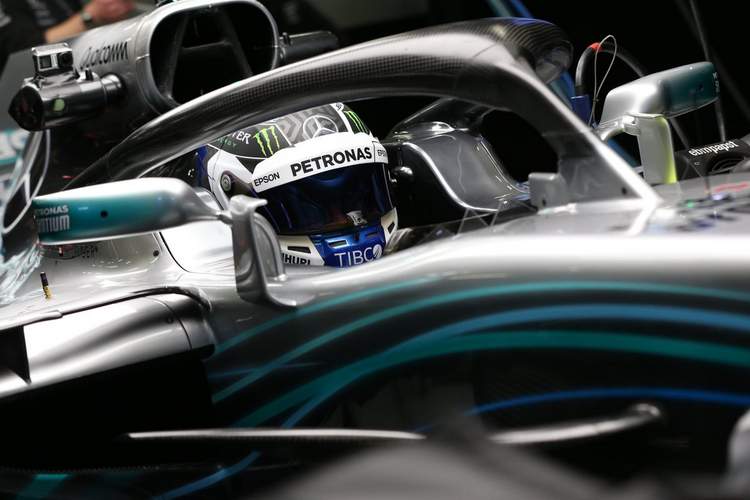 Mercedes have released a video of Valtteri Bottas using the mandatory safety device on their all-new W09 Formula 1 championship challenger, viewed from the Finn’s point-of-view from within the cockpit.

For the first time, the Halo is now a mandatory safety requirement for current generation Formula 1 cars. After being trialled during the course of last year and is now written into the rules, despite the system dividing opinions among racing fans.

But with no compromise when it comes to safety, the Halo system is now in Formula 1 to stay for the foreseeable future.

Bottas drove wearing a camera fitted into a pair of glasses and said after his run, “It was OK. No halo or halo, you can definitely spot the difference, but when you’re running it all the time and it’s fixed, it is what it is.’

“For me, in those laps I did, it wasn’t causing any issues for me. No problem with visibility.”

Teammate Lewis Hamilton said of the Halo, “Honestly, I think the team have done a great job to integrate it and make it look as nice as it can look.”

But warned, “I hope they don’t get much heavier, but I think next year the seat and driver can be 80 kilos. I can be a bodybuilder next year and get the beach body I want.”

“There are parts of the lighter, more nimble cars I miss. It was easier to overtake. The heavier they are they will always continue to get slower,” added Hamilton.

Meanwhile, Mercedes boss Toto Wolff is clearly no fan, “I’m not impressed with the whole thing and if you give me a chainsaw I would take it off.”

Big Question: Now that it is here… id the Halo the way to go for Formula 1?