Sauber first of Ferrari powered teams to hit the track 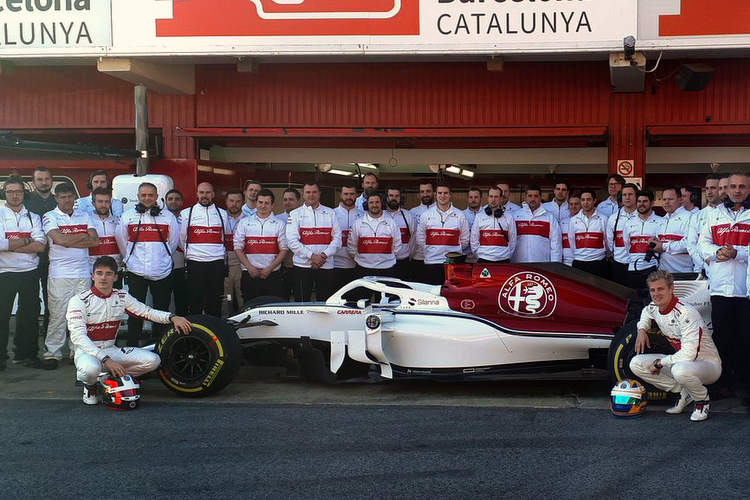 On Wednesday Sauber became the first of the three Ferrari powered teams to get their 2018 car out on track as the team assembled for the promotional filming day at Circuit de Catalunya, venue for the preseason tests that begin on Monday in Barcelona.

The Swiss team have forged a closer association with engine supplier Ferrari and as a result, have secured Alfa Romeo title sponsorship for their team. Part of the deal ensures that Ferrari protege Charles Leclerq partners Marcus Ericsson in the team hs season.

The team released a short clip on Twitter showing Marcus Ericsson leaving the pit lane in the new C37 while teammate Leclerq films the action with his smartphone.

During the course of the day the team also released a photo of both drivers and the Sauber crew in the Barcelona circuit in the pit lane in front of their garage.

A successful #filmingday, but won’t reveal too much yet 😉 The #C37 will be back on track soon! #F1 pic.twitter.com/TqWxvrvrMx