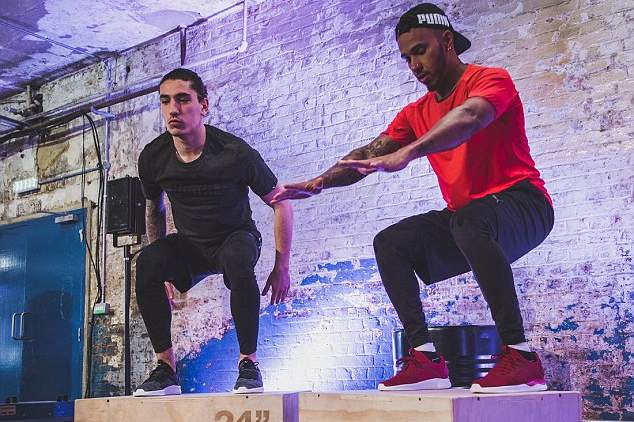 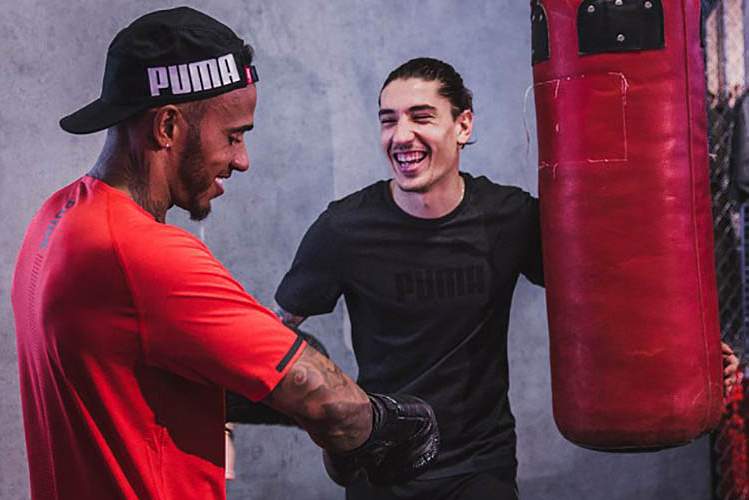 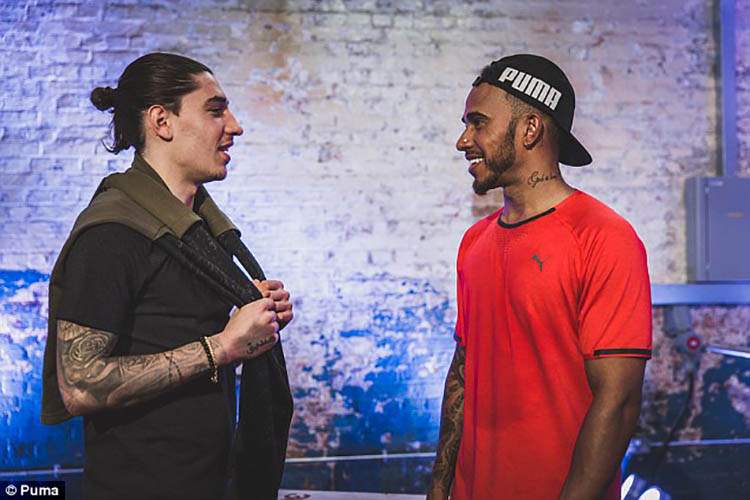 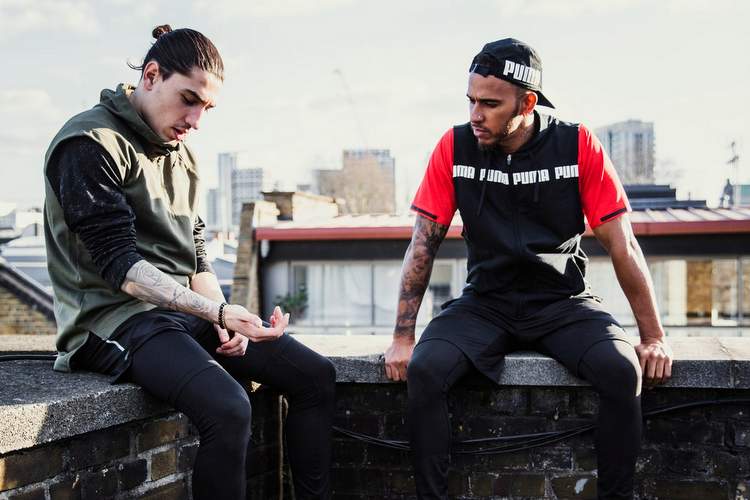 Hamilton and Bellerín challenged each other to a low-intensity circuit incorporating box jumps, battle ropes and Muay Thai boxing before taking to the rooftop of the Old Truman Brewery to talk about the meaning of their tattoos.

Hamilton revealed he has to be in world-class shape to endure the strains of an F1 race, “Training is one of the most important aspects of my life.”

“Being amongst the world’s fastest like Hector means I’m hustling 24/7, it’s great to meet guys from the Puma family to see if there’s anything I can learn to make me a better athlete.”

Bellerín said of his time with, “It was cool to hang with Lewis and hear how he trains, he’s in great shape. Given the length of a 50-60 lap race, he was telling me how his V02 max (maximal aerobic capacity) is similar to a Premier League footballer.”

Hamilton will start the defence of his world title when the season kicks off with the Australia Grand Prix in Melbourne on 25 March, with eight days of testing in Barcelona before then. He will start as favourite for a season in which he could win his fifth F1 world title.