Inside Line: An invitation too good to miss! 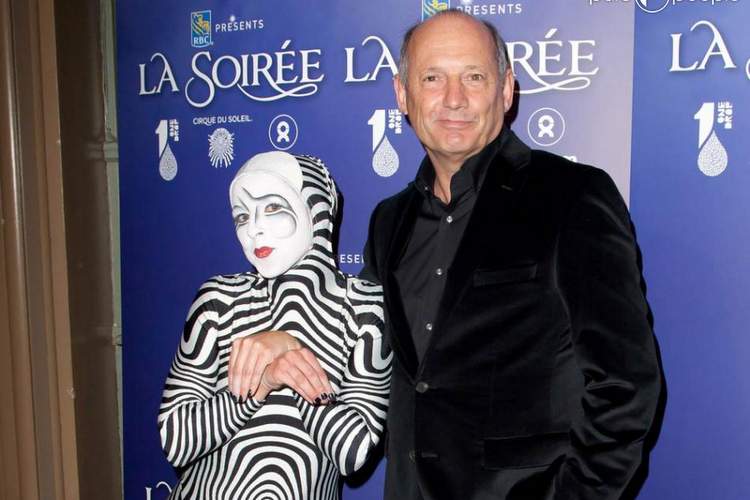 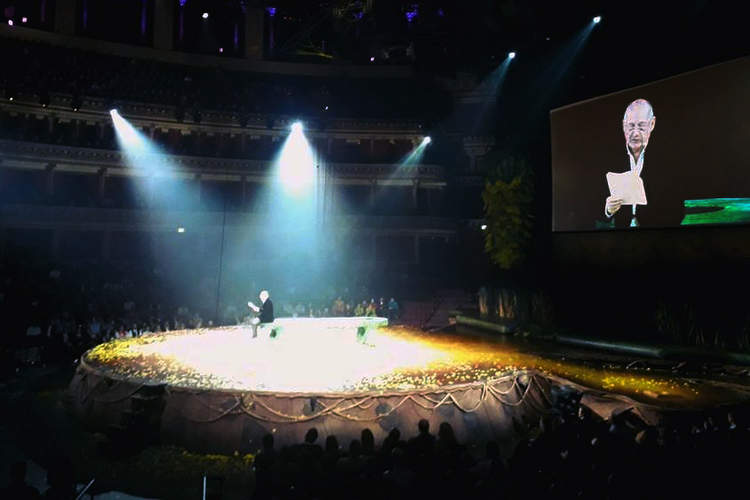 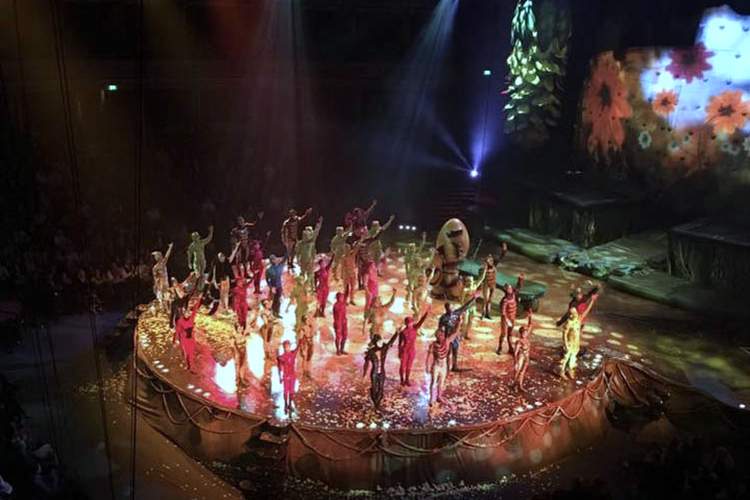 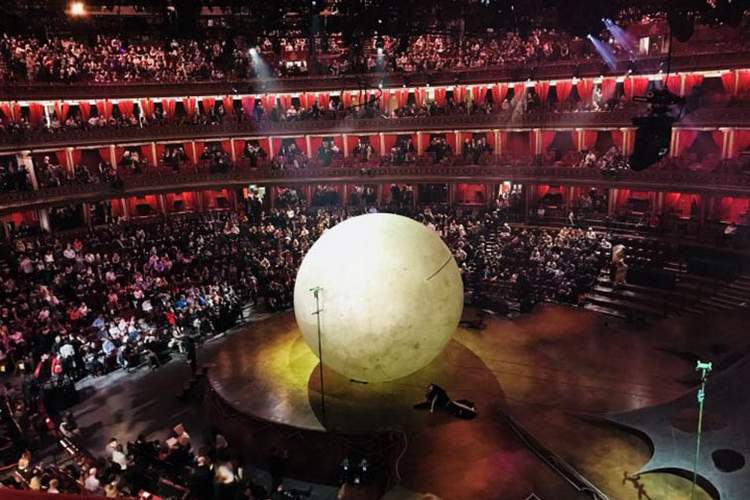 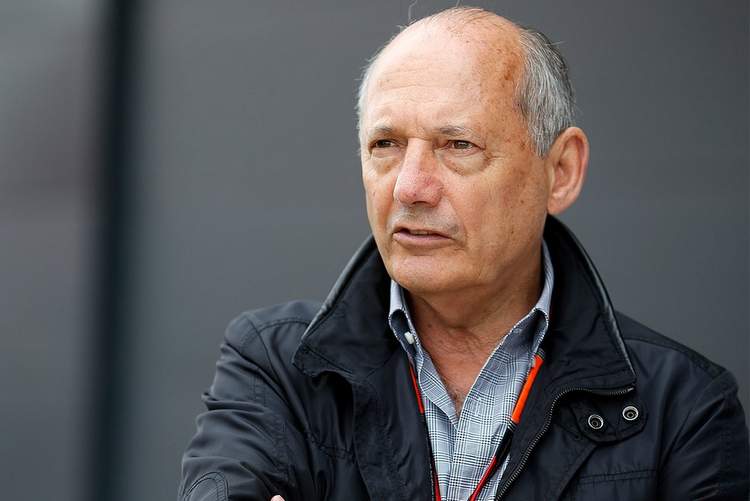 It was an invitation that was too good to miss: “Just a chapter in the book” – the Ron Dennis Thank You Event.

“I would like to invite you to celebrate my 36 years at McLaren by sharing in the magic of Cirque du Soleil’s Ovo at an exclusive ‘Thank You’ evening at the Royal Albert Hall on Friday 12 January 2018. I look forward to seeing you on the night. Ron.”

There had been rumours circulating from around the time of the Singapore Grand Prix that Ron Dennis was planning something to take place at London’s Royal Albert Hall, together with discreet emails from former staff members endeavouring to track down various email contacts of McLaren Old Boys and Girls.

Ron had always said that he only wanted to be a chapter in the McLaren book, and since he had been forced to stand down as Chairman and Chief Executive, bringing to an end his 36-year involvement, you felt that he would want to mark the full stop of his chapter.

Ron, without doubt, has been and is a legendary figure in the history of Formula One, synonymous with the McLaren team, steering them to enormous success and building the McLaren Technology Group into the highly successful billion dollar group of companies it has now become. 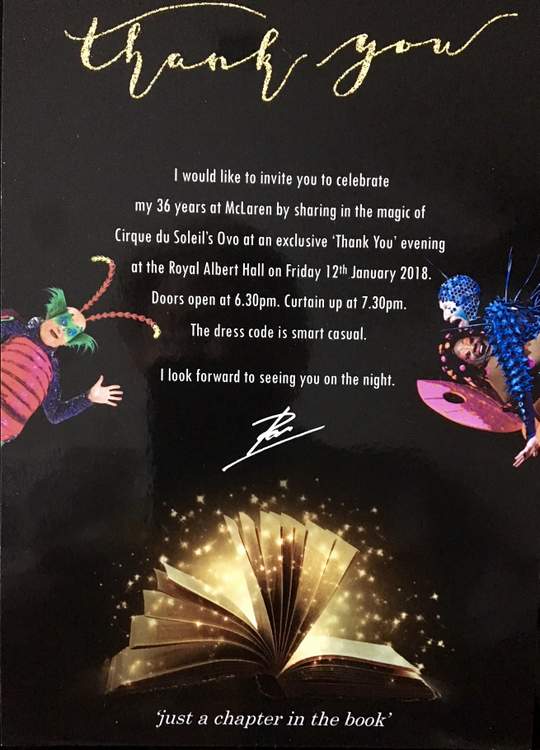 The secret of its success was Ron’s far sighted vision and relentless determination. For many who worked for the team in the glory years of the eighties and nineties, you didn’t just work for McLaren, you worked for RD. He was a tough operator no doubt, but also compassionate to his staff who loyally followed the dream and the success that was achieved.

The ‘Thank You’ evening was typical RD. Vision, attention to detail, passion, friendship, family and maybe strange to many outsiders, humility. It was an exclusive private event for over 3,000 McLaren Old Boys and Girls, family and friends.

In many ways it was very appropriate that the evening was based around the Cirque du Soleil. For many years Ron had a strong friendship with it’s founder Guy Laliberté and the Cirque had featured in two McLaren Christmas parties.

We also put together a special customised performance for the American sponsors in Indianapolis for the USA Grand Prix, featuring the Cirque, who astounded the audience with their breathtaking acts, illustrating such aspects as precision and teamwork. In the build up to the event, I visited their headquarters in Montreal and was struck by the attention to detail, which was so synonymous with McLaren.

As Ron explained in the invitation:

“Over the last two decades I have had the privilege of seeing most of the Cirque du Soleil shows. Guy’s vision is unsurpassed and every single performance has brought to life his and his team’s amazing creativity, perfectionism and phenomenal attention to detail. Perhaps it is not surprising that I am so passionate about the Cirque du Soleil!”

In keeping with the times, the Cirque du Soleil’s Ovo had a distinctive ‘green’ feel about it. As the programme says: Ovo is teaming with life. Insects work, play, fight and look for love in a non-stop riot of energy in motion. Their home is filled with biodiversity, beauty, action and moments of quiet emotion. The awestruck insects are intensely curious when a mysterious egg appears, representing the enigma and circles of their lives.

The show was typically Cirque, daring, breathtaking, fantastic, sprinkled with numerous questions of, how on earth did they do that!

The show was hosted and compered by Rory Bremner, the impressionist and comedian, noted for his work in political satire. Like the Cirque, Rory was an old favourite at McLaren functions, who had everyone laughing at some of his hilarious un-PC comments, particularly about the leader of the free world!

And then it was time for the ‘Closing of a Chapter’. Sitting in the middle of the stage, looking outwardly relaxed, but undoubtedly inwardly nervous, Ron filled the room with his presence and gave his 10 values for life, work, success, encapsulating his 36 years at McLaren.

This was a side of Ron Dennis many may not have seen, full of emotion and passion delivered with true eloquence, even poking fun at his famed Ronspeak! On a number of occasions he received a standing ovation, which seemed to surprise him that his words could create such a reaction, but what was clear was just how much McLaren and all of those who worked for him meant.

Afterwards, he was relaxed and friendly to all those who took the opportunity to say thank you, not only for the evening, but also for the privilege of working, and learning, from him, which has had a positive effect on so many peoples careers.

Like many of my fellow McLaren Old Boys and Girls, I am immensely proud to look back on the chapter of my life with McLaren. Not only did I enjoy the time, but also learnt a tremendous amount from RD. Whenever encountering an obstacle or problem, the default setting became, how would RD resolve this! The evening was typically Ron with incredible attention to detail, but also heartfelt passion and emotion. It was such a privilege, not only to be there, but also to have been such a privilege to have worked and learnt from RD.

The McLaren Old Boys and Girls Facebook page was full of heart felt messages, memories and thanks. But it was the founder and the pivotal motivator of the group, Matthew Jeffreys, who most eloquently expressed what so many of us thought:

“For me and many others Ron Dennis was and always will be ‘McLaren’, whether he is there or not. He created the DNA of the modern day company and everyone who works there now should always remember that they are only there because of him. For those who have had the privilege to work for Ron, although we may not always have seen eye to eye, our lives and the standards we expect in life have been changed forever.

We all now have some of that DNA ingrained in us which can manifest itself even when we least expect it. Ron provided the vision, determination and passion that was not only infectious but enabled us all to maximise our combined potential to achieve unimaginably high goals and set standards never before seen.

Thank you for saying ‘thank you’ to us Ron. You didn’t have to do that but the fact that you did and spent a not insignificant sum in arranging it, typifies you and your ‘correct way’ of doing things. It seems nobody ever leaves McLaren through the front door, even Ron.

However, it is because of everything Ron did that so many of us consider ourselves beyond proud to be part of this unique ‘McLaren family’.

“You can leave McLaren, but McLaren never leaves you.”

Inside Line by Peter Burns