Mallya: Independent teams will not be fighting for wins 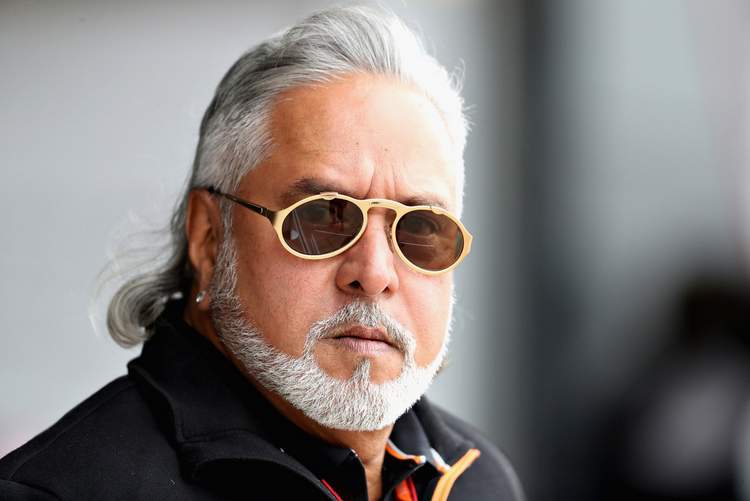 Force India chief Vijay Mallya was proud of what his modestly budgeted team achieved last season but doubts his team can even sneak a victory on the lopsided Formula 1 playing field that prevails in the sport – favouring the grandee teams – due to the convoluted prize money arrangements that favour the big teams.

In an interview with First Post, Mallya reflected on 2017, “I’m extremely proud of how far the team has come in the last ten years.”

“In 2008, we were at the back of the grid and now we are the established fourth-placed team. That’s a huge achievement and it has been incredibly satisfying to achieve these results – beating teams such as Williams, Renault and McLaren in the process.”

But Mallya remains realistic about hopes of increased success by pointing out, “At the moment there is a huge gulf that we need to close on the top three teams, but I’m still proud that we are: best of the rest. We are racing against huge car manufacturers and we need to be realistic about what we can achieve with our own resources.”

“So I’m satisfied and proud of the job we are doing, but hungry for even better results and podiums. The goal for the future is to maintain our position and start closing the gap to the teams ahead of us.”

With regards to being a small team battling behind the big three – Mercedes, Ferrari and Red Bull – Mallya said, “Being an independent team brings positives and negatives. One positive is that we can choose our engine, and the alliance we have with Mercedes has proved to be an excellent strategic decision.”

“At the same time, we don’t have the luxury of a big car manufacturer behind us and the resources this entails. It’s no secret we lack the financial might of Mercedes and Ferrari.”

“These privileged manufacturer teams also benefit from beneficial prize money arrangements, which further widen the gulf to the independent teams. It’s something that we’ve always believed has an impact on the health and competitiveness of the sport.”

“A more equitable sharing of the prize fund would allow other teams, including Force India, to compete on a more equal footing. Until this is addressed, it’s unlikely we will see independent teams fighting for race wins.”

“In the meantime, we simply have to make the most of the resources that we do have and extract maximum performance from them. This is why it’s felt so special to emerge as the established four-placed team for the last two seasons.”

“We might not be able to win the race, but we can punch above our weight and achieve exceptional results. I take special satisfaction from reading experienced commentators of the sport calling us the: bang for buck world champions.”

“For pounds spent versus points scored, many observers have named us the most efficient team on the grid,” added Mallya.

Regarding the future path for Formula 1, Mallya opined, “From a personal viewpoint, the cars of the 1990s will always capture my imagination. It was when I first became closely involved in Formula One and those cars invoke special emotions in me and many others.”

“At the same time, there’s no point longing for the past and we need to strike a balance between tradition and new technology.”

“The new era of cars, including the new Formula E car, still look aggressive – even with the halo – and it’s important they are relevant for the younger generation of fans we are trying to attract to the sport,” concluded Mallya.

Big Question: Can Force India continue to box way above their weight in 2018?