Button: Fuji date change for Alonso hurts so many drivers 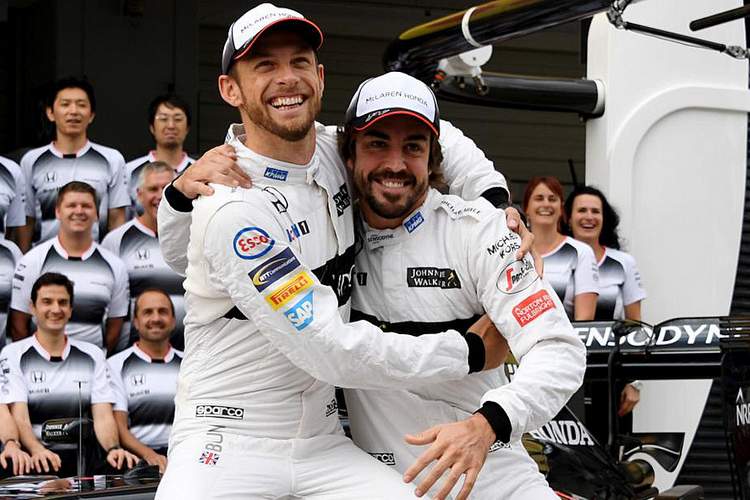 News that Fuji Raceway changed the date of their 6-hours World Endurance Championship in October, to accommodate Fernando Alonso’s scheduled, has drawn the wrath of several drivers including none other than former teammate Jenson Button.

Last week Toyota confirmed that McLaren have granted the Japanese manufacturer the use of Alonso’s services for the 2018/2019 WEC super-season.

But a storm is brewing as dozens of drivers who have been inconvenienced by the move to ensure Alonso’s participation in the Fuji round, which clashed with the United States Grand Prix, are unhappy with the decision.

The new date now clashes with Petit Le Mans in which a number of drivers racing at Fuji would have committed to teams and been scheduled to race in, but now cannot.

Several of them have made their feelings known and in turn garnered support from Button who was Alonso’s teammate at McLaren for two years.

It’s a shame that a race is changed for one driver when the change hurts so many other drivers who have contracts in place but also other categories like IMSA and Super GT where a clash will hurt their fan base https://t.co/w3CvfJrnPD

Asked on the same thread if he was having a dig at Alonso, the 2009 F1 World Champion replied, “No it’s a dig to a category that should be bigger than an individual.”

Many thanks @FIAWEC I can’t believe you did it… your lack of consideration and respect for the drivers who had a contrat with a team in IMSA to race in NAEC the same weekend are unbelievable. I’m sure I will be not the only one to be impressed with what you did 👎🏻

Hey! Wouldn’t it have been a lot easyer for everyone if @alo_oficial would just miss a @F1 race ? Is that gonna change much for him??

Is Fernando receiving favourable treatment regarding the WEC calendar fair or unfair?