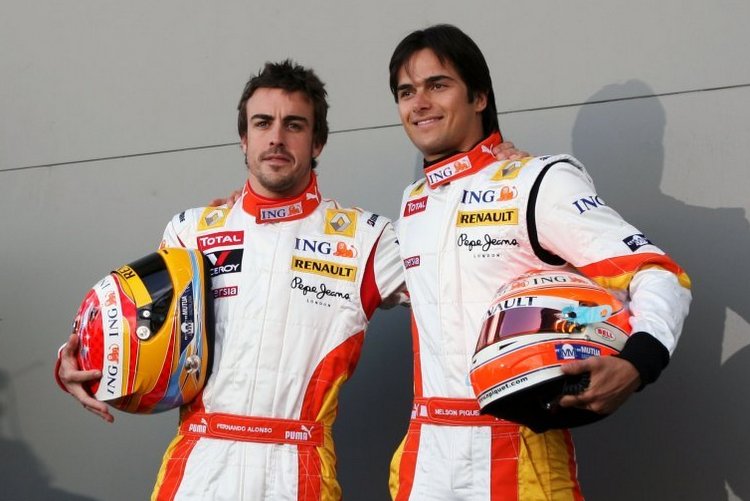 Fernando Alonso’s high profile sportscar adventures went into high gear this past week as Toyota confirmed that the McLaren driver would be contesting this year’s World Endurance Championship (WEC) and the Spaniard’s former Renault teammate Nelson Piquet has had his say on the matter.

Piquet told Marca, “Alonso has a strong character, he wants everything but he does not know how to share. Sometimes a great driver has to be this way and he is a great driver…”

“It is now over ten years since he was world champion but he is still one of the biggest stars of Formula 1 and he will be Le Mans champion. They have changed the date so that he can race at Fuji to take advantage of the situation. I would do exactly the same with closed eyes.”

Piquet and Alonso were Renault teammates in 2008 and part of the infamous Crashgate scandal that engulfed the sport when team chiefs (at the time)) Flavio Briatore and Pat Symonds ordered Piquet to crash out of the Singapore Grand Prix and as a result, Alonso went on to win the race.

A decade down the road, Piquet admires Alonso’s prowess, “I respect his willingness to race at Indianapolis, Daytona and Le Mans, which he does not for fame but because he likes to compete.”

“But he is also very intelligent, which you can see with how he changes the helmet with every race – it’s commercial, to sell more replicas,” added Piquet who now races in Formula E.