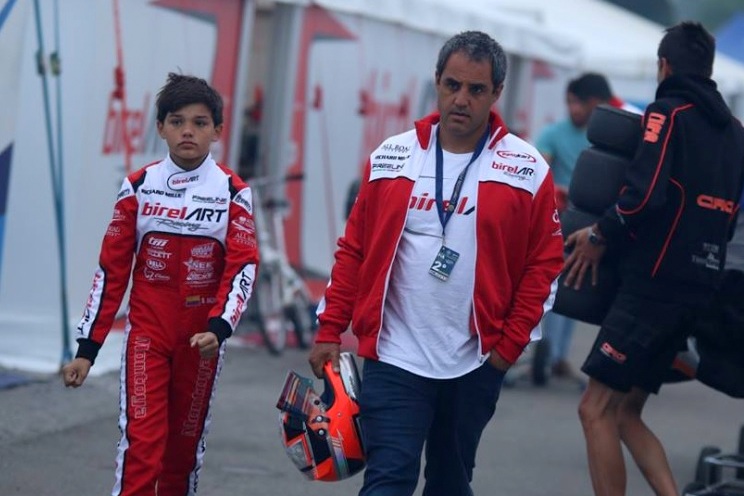 Sebastian Montoya, the son of seven times grand prix winner Juan Pablo Montoya, has been taken in by the Ferrari Driver Academy (FDA) which includes becoming part of the illustrious Tony Kart Racing Team an their European junior racing programme.

The 12-year-old has been karting since the age of four and last year did his first full karting season in Europe and will this year campaign in the European Karting Championship, racing in the OKJ class.

Montoya junior is the youngest of the current FDA drivers which includes the likes of Sauber’s Charles Leclerc, Giuliano Alesi, Antonio Fuoco and Enzo Fittipaldi.

Ferrari say of their partnership with the Italian karting brand: “The Tony Kart Racing Team is a breeding ground of champions past and future, where thanks to Tony Kart’s available resources and skills, the new talents of motorsport grow and improve.”

“Mechanics and technicians, both highly professional and competent, have at their disposal tools and unique working methods that were conceived and introduced through years of experience on the track.”

Thus Sebastian Montoya plugs into an environment wherein he can thrive and make his mark on his journey to the top, inspired no doubt by his father’s success and huge popularity during is time in F1.

Montoya senior will nevertheless be around to profer advice to Sebastian, “I think it’s very exciting, and he’s getting there.”

And joked, “His toughest challenge at his age is that Dad is an idiot! He’s always a hero when you’re really young, but as you get older, the parent starts getting dumber and dumber.”

“No really, we had a really good conversation with him about it. I said: look I can have myself teach you, or I can hire somebody who never made it.”

“I mean doing another job because he never made it, to teach him. It’s up to you. And he understood the message, and we work really well together,” revealed Montoya.