Webber: If Alonso was a F1 title contender he would not be doing this 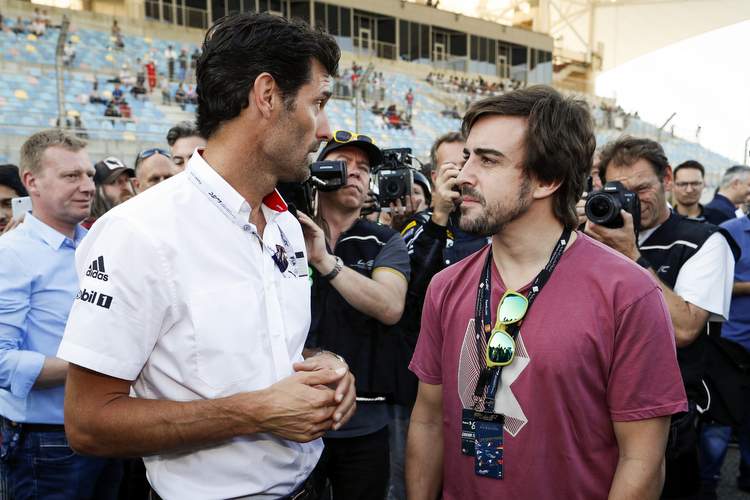 Mark Webber knows a thing or two about racing in the World Endurance Championship and although he admires Fernando Alonso’s quest for motorsport’s elusive triple crown, the former Red Bull driver also believes that the Spaniard would not be on this mission if he was having success in Formula 1.

Webber, who is closer to Alonso than most drivers, said, “I thought the Indy idea was awesome. Obviously [McLaren] were really embarrassing last year. Hopefully, they’ll be a bit more competitive this year.”

“I just hope the distractions of trying to bounce around from all the categories, when there’s a really good result in F1 on the table, that Fernando doesn’t miss it through burning too many candles.”

Alonso has been granted permission by McLaren to pursue a WEC programme with Toyota, which will include a first foray for the double F1 World Champion at Le Mans later this year.

He said, “I’ve never been shy about my aim of winning motorsport’s ‘Triple Crown’ – the Monaco Grand Prix, the Indy 500, and the 24 Hours of Le Mans. We tried for Indy last year, came close, but just missed out. This year, I have the chance thanks to McLaren to race for the win at Le Mans.”

“In no way will this challenge take away from my main target of Formula 1 with McLaren. In 2018, my aim is to be competitive at every grand prix, and I feel sure that we are closer to achieving that,” explained Alonso who has already tested Toyota’s 2018 WEC challenger.

“He’s definitely a racer. He wants to race at every opportunity possible. That wasn’t available three or four years ago, it just wasn’t the done thing.”

“Now with less testing in F1, and clearly he’s uncompetitive – if he was fighting for a world championship he’d never be doing any of this.”

“He doesn’t do much simulator time at McLaren if any. He’s an old-school racer and that’s what we all admire about him,” concluded Webber who won nine grands prix during his 12 years in F1.