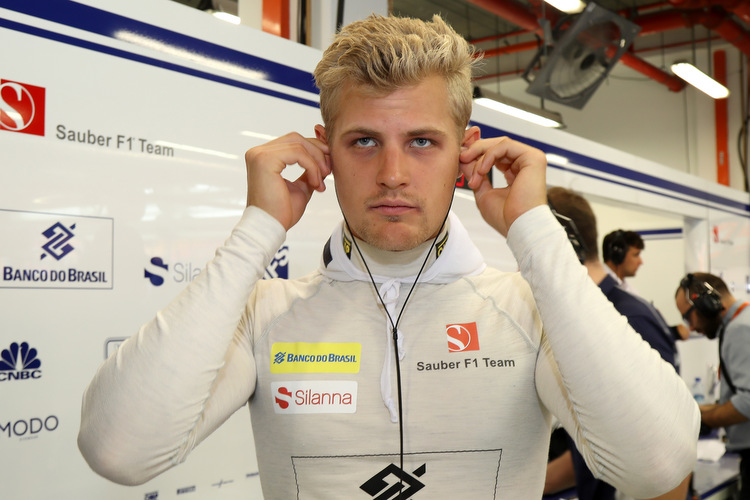 Marcus Ericsson believes that Sauber will be battling among the midfield teams in 2018 after spending last year as a perennial backmarker in the Swiss team which was using one-year-old Ferrari power units.

This year Sauber will be sponsored by Alfa Romeo, a deal that includes a supply of latest generation Ferrari engines which Ericsson is hoping will make a huge difference, “I think it’s a big leap to have the same engine as Ferrari.”

“The team have a lot of confidence and a desire to do well. I got to see the car in a computer rendering and it seems very beautiful – it should be an important step forward.”

Sauber went through a tumultuous year in 2017 with senior management changes and ditched a Honda engine deal to remain in the Ferrari camp.

With it came the Alfa Romeo arrangement which for now is a branding exercise, but has potential to grow. Also part of the deal was a seat for Ferrari protege Charles Leclerc alongside Ericsson.

Ericcson explained, “Alfa Romeo’s partnership means the return of a historic brand to F1. It is one more reason to believe that Ferrari will give us maximum support to grow.”

He predicted, “We’re up against Haas and Toro Rosso. I think next season will be very unpredictable in some races. It could go very well and at points, we could also challenge Renault and Force India. But there will be other races where there will be problems and we will be further down.”

“The goal is simply to get into the group of teams that are in the midfield – but it is clear that there will be a very open battle grand prix after grand prix. I want to be in the best shape possible to find the satisfaction that was missing in 2017,” added Ericsson.