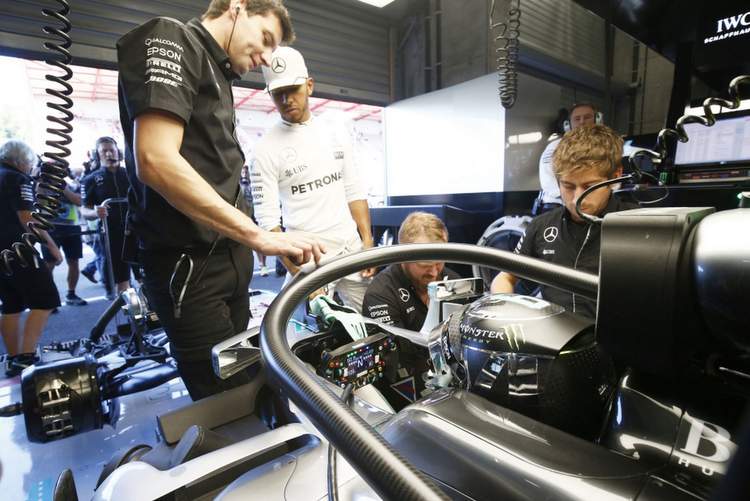 Formula 1’s new driver head-protection ‘halo’ device is so robust that it can take the weight of a double-decker bus, according to Mercedes’ technical head James Allison.

“This is not a light piece of work, it is several kilograms of titanium that need to be put on the car,” the Briton said in a video on the world champions’ website explaining one of the season’s big novelties.

The halo, designed to shield a driver’s head from flying debris and the danger of being struck by bouncing wheels, will be making its Formula 1 race debut at the season-opener in Australia on 25 March.

The look of the device, fixed at three points with its central upright in front of the driver and an overhead loop, has been criticised and compared to the thong on a flip-flop beach sandal.

Cockpit protection has become a priority since the deaths of drivers in other series after being hit by wheels and flying debris.

All teams have to use the same device, a standard part provided by a sole manufacturer but are allowed to make some aerodynamic modifications.

“This round tube is quite bad aerodynamically so we’re all permitted to modify the halo in a way which will be individual for each team,” said Allison.

”We’re permitted to fit an aerodynamic fairing around it, which gives us a certain amount of scope to mitigate the effect that it has on the aerodynamics of the car.

“It’s a bit of an acquired taste, and we’re still busy acquiring it and I‘m sure everyone else is too, but I think there are things we can do in coming seasons to make it also look nicer on the car.”

Big Question: Is the Halo a necessary evil?