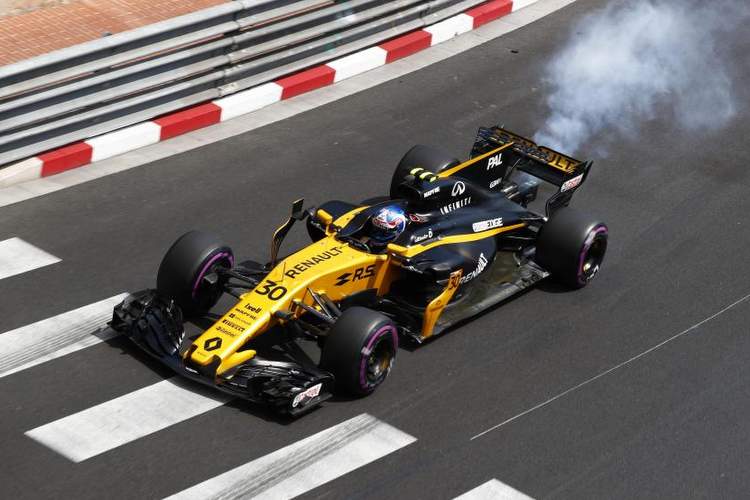 This forthcoming season Formula 1 drivers will only be entitled to use three engines, as opposed to four in previous seasons, a new rule that Renault chief Cyril Abitebiul does not support and says is a headache but his team will manage.

In 2018 each driver will only be allowed three MGU-H, turbocharger and ICE unit with only two MGU-K, control electronics and energy store components to be permitted before being subject to grid penalties.

These limitations could well mean an even greater spate of grid penalties as drivers go through their allotments faster than they did last year when they had four power units at their disposal.

Grid penalties have been a farce with nearly 800 related sanctions handed out to the 20 car field during the course of the 20 races in 2017. Mercedes power units and components were the most durable, while Renault’s reliability was a concern, only worse was Honda’s woeful efforts.

Speaking to Sky Sports, Abiteboul said of the three engine per year limit, “It’s a headache but it’s a known headache. We knew that it was coming so we have built our plans and strategy accordingly. Right now there is nothing to indicate that we can’t stick to this plan.”

“Having said that, I still don’t believe it’s the right thing for Formula 1 and will still have another go [to change it] in the upcoming discussions with FIA and FOM and other teams because I don’t think it really makes sense for anyone.”

Another unpopular feature is the Halo which is mandatory for 2018, the Renault boss reported, “We find it heavy and not very nice aesthetically but we have talked about that.”

“The decision is made, it’s necessary from a safety perspective and things need to evolve. I guess there will be more attempts to do that in a more refined manner but for the time being we are trying to integrate it in the best way possible,” confirmed Abiteboul.

Big Question: Is a three-engine limit for each driver for a season a good thing?