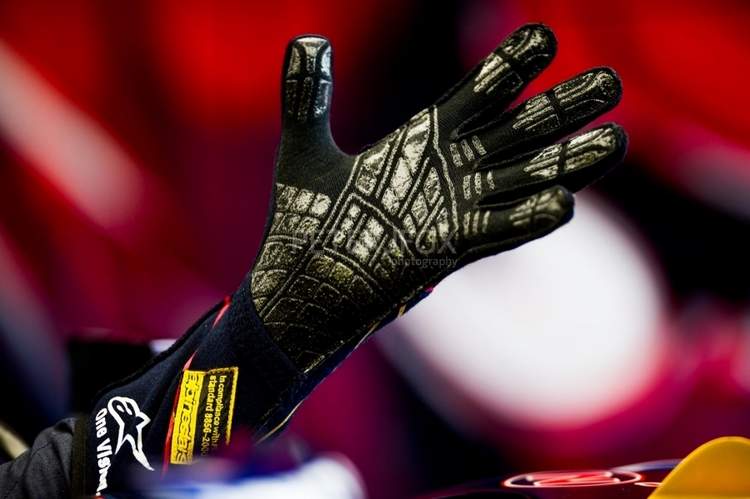 Formulating the ideal medical response in the event of a racing incident relies on access to the right data and now in order to provide track doctors with that information, the FIA is set to introduce a remarkable new race glove that sends potentially life-saving data from car to medical crew.

Stitched into the new generation glove is a flexible sensor that’s about to have a big impact on F1. Measuring just 3 mm in thickness, it is the sport’s first biometric monitoring device and is set to be inserted into drivers’ gloves next season in a bid to monitor their vital signs during the race.

Primarily, the sensor is another weapon in the armoury of doctors at the track. So it is appropriate that the project is being led by two people who are on the frontlines of F1 medical care – FIA Deputy Medical Delegate Dr Ian Roberts and F1 Medical Car Driver Alan van der Merwe.

“We know that the monitoring of people is essential in terms of their medical care,” says Roberts. “Drivers in incidents are no different. We would like to start monitoring and assessing them as soon as we possibly can. But the equipment that we currently use is relatively bulky and is only applied after the incident has happened. There are also times when the driver isn’t immediately accessible to us, so if we can’t see him or we’re not actually next to him, there’s limited information that we can get.”

The idea is to incorporate this monitoring technology into gloves so the drivers have sensors on them at all times during a race. Prototype gloves have already been tested at the track and have passed the FIA’s required fire safety requirements.

The FIA is also about to publish the first Biometric Standard, that all ‘biometrics’ products wishing to be used on a racing car or driver will have to pass. The technology will be available for all glove manufacturers and initially, the devices will use an optical sensor to measure ‘pulse oximetry’, or the amount of oxygen in the blood, alongside the pulse rate.

This is potentially important in the context of a racing driver because if they have an injury that is affecting breathing, the oxygen content of the blood will begin diminishing immediately. Monitoring the data also offers a range of vital information for track doctors before they even arrive on the scene.

The sensor uses a new industrial version of Bluetooth that can send information over a 500-metre radius. The hardware can send out 20 data packets a second and has a self-contained power source via a small battery. This battery can be charged inductively, so when the drivers take their gloves off they just lie them on a charging mat and it replenishes automatically.

The data, which will be encrypted and secure, is also recorded on the gloves and can be downloaded by teams when the driver is back in the garage.

“We’ll give access to the teams in year one and that will be on a download basis, so they’ll have the data from the full race weekend to look at,” says Van der Merwe. “Once we have done the initial roll-out the idea is that they will have a receiver on the car showing the drivers’ pulse oximetry in real time.”

To help with this, Van der Merwe and Roberts have set up a company – Signal Biometrics – to develop the bespoke sensor technology and integrate it into the materials. This has been essential to drive the project forward.

As Van der Merwe says, “When we first established the scope of the project, we thought we could probably take some fairly ‘off the shelf’ medical sensors and just integrate them into a glove. However, as we got into it and the FIA’s biometric standards started to take shape we realised together with the FIA that there’s no product currently in existence that can withstand the fire tests or the comfort that’s required, so we’ve had to basically make a sensor from scratch with materials that are not currently being used for this sort of thing.”

Fortunately, with Signal based at the Silverstone race track in the middle of motorsport valley, there are numerous niche industry suppliers that have been able to offer support. This has enabled them to take proven designs and adapt them in a Formula One way, shaving off as much as they can in terms of weight.

“We’ve essentially done most of the work ourselves because there isn’t currently anyone out there who does sensors that are supposed to be continually worn and used in an environment like Formula One, where there’s potentially fire and lot a of RF (Radio Frequency) interference”.

There is an economic benefit for this too as the device could have applications outside the sport. “What we feel like we’re making here is essentially a blueprint to be used in a very harsh environment,” says Van der Merwe. “If we make it scalable, potentially it could have a big impact. There are all sorts of industries that could benefit from continuous wearable sensors which are lightweight and fireproof.” F1 is also only the first step in terms of motorsport as the idea is to filter down the technology to other championships.

To help with this, the project is being supported by the Global Institute for Motor Sport Safety, the FIA’s safety research partner. “The Global Institute has been instrumental in allowing a project like this to take shape, to give us the avenues to have access to the teams and track time,” adds Van der Merwe.

The 2018 roll-out is just the start of the biometric monitoring project. There are already plans to implement sensors for respiratory rate and temperature. In addition to the safety benefits, these will help teams and drivers with performance monitoring.

“They’re the next two big things,” says Roberts. “Respiratory rate gives a very good indication of a driver’s state of health and stress, while temperature is well known for affecting performance. They are the two for us that we’re going to be looking at more than any others.”

These sensors may be placed on other parts of the body, following feedback and further testing in 2018.