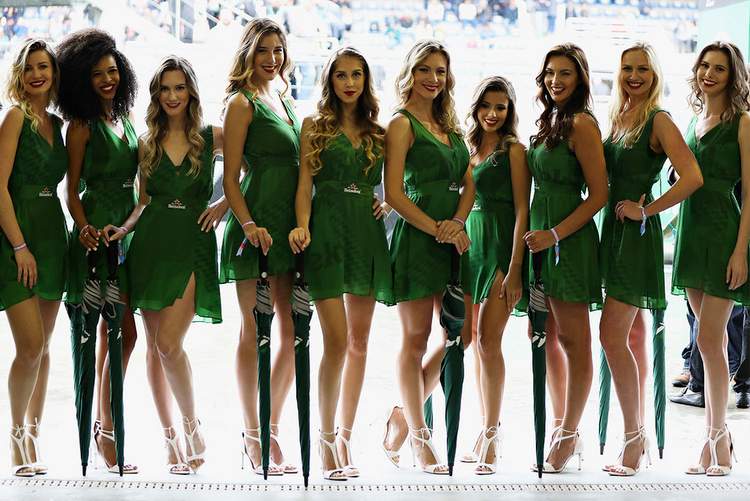 Several grid girls have criticised and even ridiculed Formula 1’s decision to abolish what has until now been a traditional role in the sport.

F1’s American owners Liberty Media declared that the practice of employing grid girls was “at odds with modern-day societal norms” on Wednesday and have scrapped it with immediate effect.

The move follows a similar decision made by the Professional Darts Corporation last month and has put other sports in the spotlight, with boxing, UFC and cycling all still hiring glamorous women to entertain crowds at events.

But some grid girls have been hitting back at what they perceive to be an invasion of their right to make their own decisions.

Rebecca Cooper, who describes herself as a “five-time F1 grid girl”, wrote on Twitter: “So the inevitable has happened, F1 grid girls have been banned.”

“Ridiculous that women who say they are ‘fighting for women’s rights’ are saying what others should and shouldn’t do, stopping us from doing a job we love and are proud to do. PC gone mad.”

Cooper added: “If we don’t do something to stop this where will it end? No grid girls, no cheerleaders, female singers being told what to wear on stage, no models in magazines?! I’ll fight for my right to choose what I wear, where I work and to keep a job I love. I’ll #fightformyrighttochoose”

Another grid girl, Lauren-Jade Pope, wrote: “Because of these feminists, they’ve have cost us our jobs! I have been a grid girl for eight years and I have never felt uncomfortable! I love my job, if I didn’t I wouldn’t do it! No one forces us to do this! This is our choice!”

Hannah Louise, also a grid girl, said she would be “devastated” if other sports like superbikes now opted to follow suit.

She wrote: “I am a grid girl, I LOVE my job and I CHOOSE to do it! The issue at the moment is there are too many people being offended on behalf of people who are not offended at all! I will be devastated if @OfficialBSB and @iom_tt follow suit.”