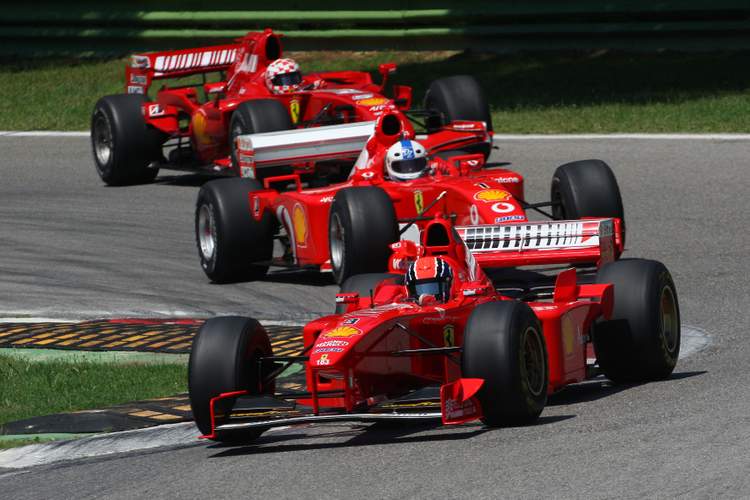 Kickback: “The most common form of kickback involves a vendor submitting a fraudulent or inflated invoice (often for goods or services which were not needed, of inferior quality, or both), with an employee of the victim company assisting in securing payment. For his or her assistance in securing payment, the individual receives some sort of payment (cash, goods, services) or favour.” Thank you, Wikipedia.

Hey, GP24/7 posters who are in favour of Ferrari receiving $100 million in non-performance-based subsidies and a veto power over changes to regulations:

Why don’t you explain to me why you think it is sporting and generally beneficial for the Formula One Group to financially subsidize some teams and not others? Do you deny that teams gain a competitive advantage from being handed a non-performance-based $10 million when the team next to them on the grid received nothing?

How many engineers is that? How many spare parts? How much in-season development? How much do you get when the Formula One Group hands you TEN TIMES THAT as they did for Ferrari for the 2016 season?

If you are in favour of Ferrari receiving these payments, then I guess you support the kickback system in general for ALL subsidized teams. My position is that this system is unsporting, anti-competitive and (what the heck) ethically wrong.

Sports Extortion: Demanding a kickback in the form of a competitive or financial advantage in return for your participation is a sporting event or racing series. (My own personal definition.)

Opinion by reader Napoleon Solo who says: “I am not going to participate in the comments section. I’ve stated my opinion. What’s yours?”