James Key: The Halo is something we’ll just get used to 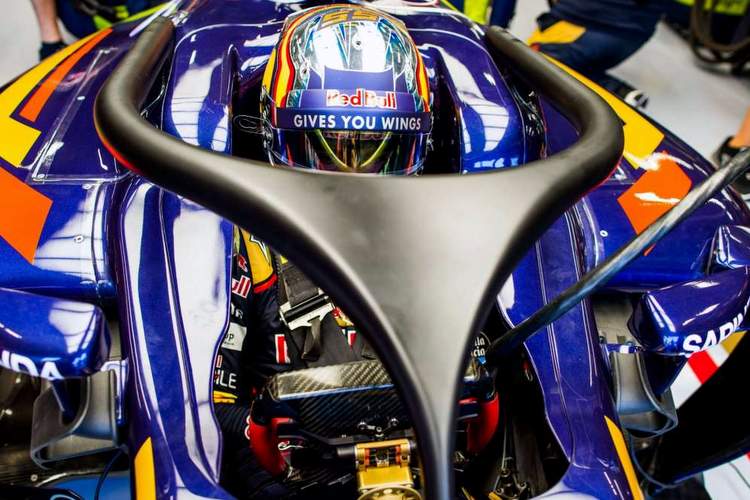 Love it or loathe it the Halo cockpit safety device is here to stay. as they will mandatory from the moment Formula 1 cars turn a wheel in anger for pre-season testing in Barcelona next month.

Toro Rosso technical chief James Key predicts that they will not be such an eye-sore as the prototype versions that were tested last year and it will become part-and-parcel of future Formula 1 cars which fans will eventually get used to.

Key told Racer, “We’ll have to see how it goes. I think with the aero bits on it then [the Halo] will look slightly more Formula 1, let’s say, than the frames we saw before. They will be a little bit more refined visually, because teams have had time to work a bit on optimizing the aerodynamics around them.”

“My gut feeling is it’s something we’ll just get used to. There will be talk and all sorts of opinions I’m sure – all of them no doubt valid – but I think ultimately it’s just something we’ll get used to, and we’ll get back to worrying about the racing pretty quickly.”

Toro Rosso successfully completed the mandatory FIA crash-tests for the STR-13 which were trickier than they had been in the past because of the introduction of the Halo and the tests tweaked to incorporate the device.

Key explained, “I think it was harder for two reasons, really. One is that it is a new test and so there’s always some unknowns, there’s no historic reference you can take with something as new and very different as the Halo tests compared to before.”

“And also because they’re quite tough tests, as well. Clearly, this has to be a very robust frame around the driver, and that requires some quote heavy loading and tricky conditions applied to it to make sure it complies.”

“It was certainly quite a new test and new set of requirements to take on board for chassis design, and obviously everyone’s a little nervous the first time you try it, but I’m glad to say it worked as planned,” added Key.

Big Question: Will you get used to the Halo on F1 cars?