Abiteboul: Goal is to have an academy driver in F1 by 2020 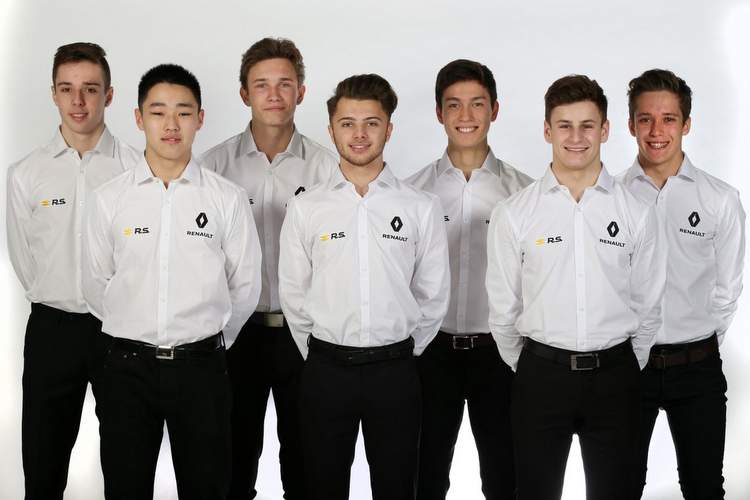 Renault have made no secret that they are in a rebuilding process of their Formula 1 project and one of the next steps is to develop talent through their academy with the view to having young drivers ready for promotion to F1 by at least 2020.

This could mean barter deals with the view to placing young drivers with Renault customer teams, in an effort to afford their young drivers a taste of F1 with goal for them to eventually be part of the main Renault F1 team.

Renault F1 chief Cyril Abtiteboul said, “No plan is constructed for the time being. But if you look at the way you can access F1, being able to use another team in order to confirm the fact that a driver is capable, it’s very useful. We have this capacity in terms of what we are doing in terms of engine supply.”

“Our plans for the next few years are very clear with Red Bull and McLaren but that’s something we are clearly taking into account as we are building and starting to think about the long-term strategy of our engine supply activity.”

It is a common practice among the big teams to place young talented driver with a customer team. Mercedes did it with Pascal Wehrlein and Esteban Ocon, while Ferrari have been doing it since they placed Felipe Massa at Sauber almost two decades ago.

Next year Ferrari have Charles Leclerc with Sauber and were also looking to place Antonio Giovinazzi on the grid for 2018, but no seat was available.

Abiteboul sees this driver evaluation and experience process as a natural path for Renault to embark upon, “We know that looking at Mercedes, looking at a number of teams in the past. That will also happen to us at some point in time. We cannot disconnect the two.”

“Right now we have a legacy for when we were only an engine supplier in the relationship with Red Bull but as we build the next cycle of the strategy for engine supply activity we need to take that on board.”

“That’s the target of the academy, to be able to bring one of those guys into Formula 1 by 2020,” added Abiteboul.

The team explained, “Each driver will enjoy an extensive programme where racing is just one element. Physical and mental training, media and marketing support, engineering and learning the core values of the proud history of Renault in motorsport constitute the programme away from the track, with many elements taught at Renault Sport Formula One Team’s Enstone base.”

For 2018 Renault continue with Nico Hulkenberg with Carlos Sainz in the sister car. The Spaniard was part of the Red Bull driver programme and was part of an elaborate behind-the-scenes deal struck last year which resulted in McLaren ditching Honda and Renault agreeing to supply the Woking outfit, Toro Rosso taking on Honda and with it Sainz as a sweetener for Renault.

With refernce to the Sainz loan, Abiteboul said, “We obviously had an alternative option of Carlos – again, which is related to what happened in the course of 2017 in relation to engine which is another evidence that you cannot disconnect engine and driver strategy.”