Perez: I have shown what I can do in F1 but I want more 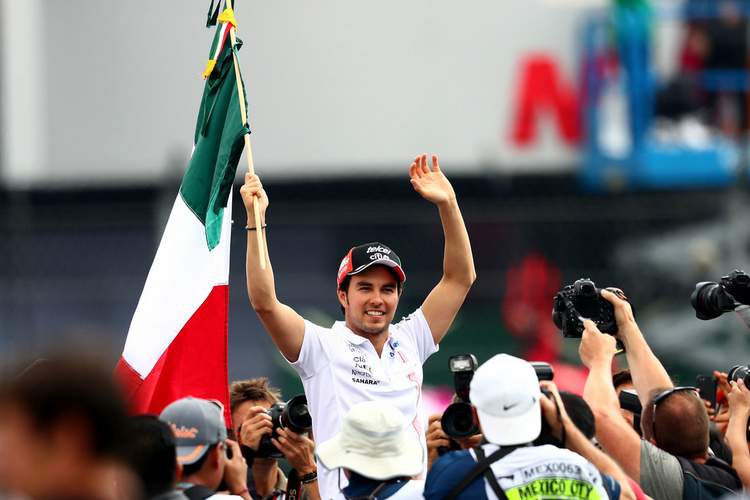 Force India driver Sergio Perez had an impressive first two years in Formula 1 becoming a hot property among drivers and as a result in 2013 McLaren came calling, what resulted was a dismal year for the Mexican which he believes came a tad too soon in his career but now he feels ready to step up to a big team.

Perez said, “I have shown what I can do in F1, but I want more and I feel I can give a lot more than I have until now.”

Force India was the standout team of the 2017 season, finishing fourth in the Formula 1 constructors’ championship and Perez himself finishing seventh in the drivers’ standings, only beaten by drivers from the big three teams Mercedes, Ferrari and Red Bull.

Another strong year in 2018 could play in Perez’s favour as there should be substantial driver movements at the end of this forthcoming season, “There will be many movements for 2019, it will be important to be quick from the beginning of this season.”

McLaren was a one year adventure for Perez that promised much but delivered very little, it also coincided with the beginning of the downfall of the Woking outfit which has continued since then.

Perez explained,”McLaren arrived very early in my career, I was not ready for that. I believe in F1, everyone sees what you do, not just in a race or a year, but for several years, when you look at what I’ve done during these years, I think I’m in a good position.”

For now, it is a fifth season with Force India for Perez, however, he is ready for a time when the big teams come knocking again, “I think that if the opportunity comes, I will be fully prepared, both as a driver and on the personal side which can make a difference. I will continue to raise my level and there will be an opportunity.”

Big Question: Does Sergio deserve another shot with a big F1 team?