Marchionne: No place at Ferrari for a prophet like Lauda 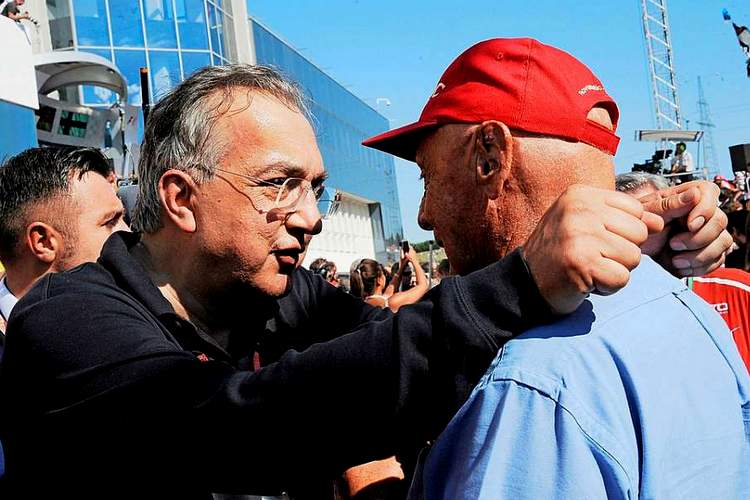 Niki Lauda knows a thing or two about Ferrari and of late there have been suggestions that the Maranello Scuderia might look at prying the Austrian legend away from Mercedes, but according to big boss Sergio Marchionne who insists there is no place with the Reds for the man he calls a prophet.

Lauda – now Mercedes F1 team chairman – won two F1 world championship titles with Ferrari after leading the Italian team, in those days under the leadership of Enzo Ferrari, out of the doldrums in the mid-seventies

Marchionne was asked if Lauda could be tempted back to Ferrari, to which he replied, “Niki Lauda is fundamental in Mercedes. He always understands what happens in the mind of the drivers, which is a great added value.”

“He rarely makes mistakes when evaluating what a driver does, however, in our team there is no space for a prophet like him,” added Marchionne.

After Mercedes claimed their eighth title in four years at the expense of Ferrari, Lauda said of the Italian team, “Ferrari is hard to beat when there is inner peace and trust in their own performance.”

“But they are easy to beat when they stand in their own way with performance pressure, high expectations and when people are emotional and insecure,” explained Lauda.

Big Question: Does Ferrari need Niki to show them how to win titles again?