Brown: I like to think we have a winning chance 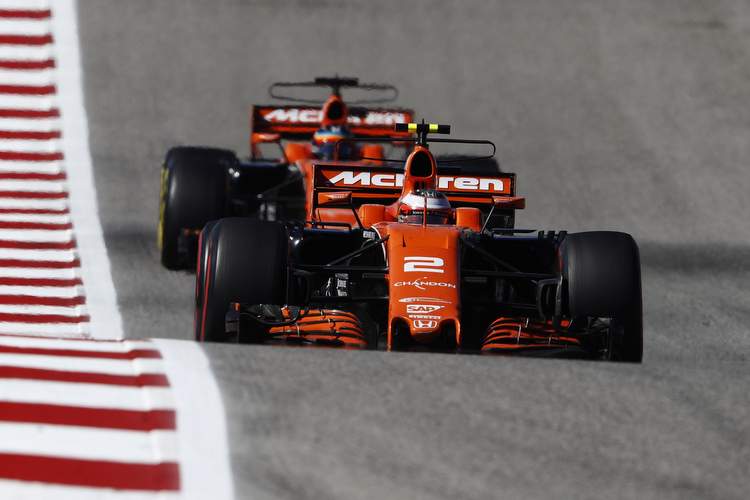 McLaren chief Zak Brown and his team are itching for the season to get started and kick-off their new Renault power era in which they aim to return the sport’s second most successful team to the top step of the podium after years of frustration and underperformance.

Asked by ESPN if his team would targeting the podium and wins in 2018, Brown responded, “That’s certainly our goal. We’re very confident in the Renault engine. They’ve got a great history in the sport and won half the championships in the last ten, fifteen years.”

It is well documented how McLaren fell out of love with Honda which led to the parting of ways and McLaren striking a customer deal with Renault.

But Brown is confident that the Renault package will be better than what McLaren had with Honda, “It’s a complete package: the drivers, the team, the chassis, the power unit and we’re up for it, we’re excited, and we’re well prepared.”

“We think we have the tools that we need so podiums are what we are going to be going for, whether that’s the third, second or first step – hopefully, it’s a combination of all the above. I would like to think that we are going to have a chance at winning.”

For several years now Formula 1 has been a one-team race with Mercedes the dominant force, although last year Ferrari showed title ambitions too, Brown is hoping that 2018 will see more teams in the mix at the sharp end of proceedings

“Renault’s a great team, it has won many races before and I think it would be very healthy for the sport to see five teams winning.”

Those five potential winning teams that Brown is referring to are Mercedes, Ferrari, Red Bull, Renault and of course McLaren.

Brown added, “What we would like to see in 2021 is a more level playing field so when the fans tune in to a grand prix they don’t have it narrowed down to two or three drivers that they think are going to win the race, that they’ve got seven, eight or nine they’ve got to choose from.”

“So hopefully next year can be the start of some additional teams winning,” concluded Brown.

Big Question: Will McLaren challenge for victories in 2018 with Renault?