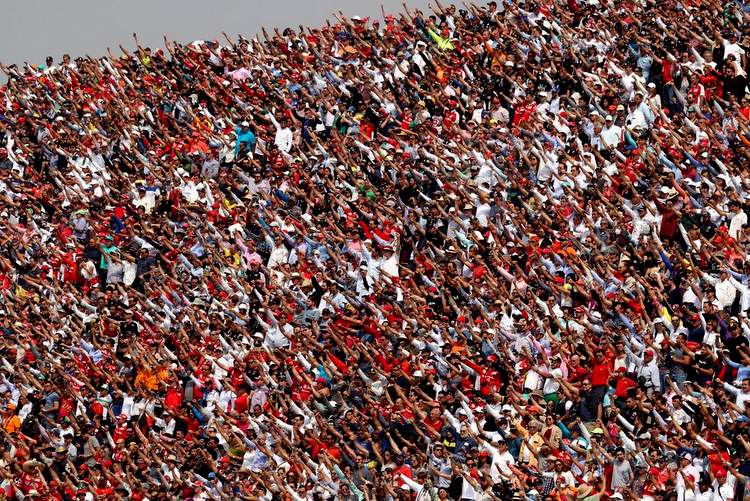 Formula 1 was the fastest growing sports brand across social media in 2017 while television and digital viewing figures also increased, the commercial rights holder reported on Friday.

Last season was the first under the ownership of U.S.-based Liberty Media, who are keen to develop the sport and attract new audiences.

The figures also reflect how much ground the sport has had to make up.

Previous commercial supremo Bernie Ecclestone, who was ousted at the start of last year, had little time for social media while Liberty have put considerable effort into exploiting such platforms.

To put that into perspective, Mercedes’ four times world champion Lewis Hamilton currently has 5.7 million followers on Instagram alone despite the Briton removing all posts at the end of last year and also wiping his Twitter account.

Formula One said the cumulative television audience for all F1 programmes broadcast through the year in the top 20 markets was 1.4 billion, a rise of 6.2 percent.

Italy showed the biggest rise, of 19.1 percent, out of the top four markets followed by Brazil with 13.4 percent. Britain (3.9) and Germany (0.9) also showed positive growth.

China, a key market that the sport has targeted for future growth, showed an increase of 42.2 percent.

The statement did not provide data for 2016 or numbers for individual countries’ previous audiences to illustrate the growth in the number of people watching.

Cumulative viewing of the 20 races, broadcast live and non-live, remained steady at about 603 million, although the live audience grew one percent in a season with one less grand prix than 2016.

“During 2017, 352.3 million unique viewers have tuned their TV set into F1 programming at least once. It’s the first time since 2010 that there was not a decrease in this specific number,” Formula One said.

Brazil remained the biggest television market in terms of unique viewers with more than 76 million, although that figure was down 1.8 percent on the previous year.

“Central to our efforts last season was to improve the fan experience across our platforms and it is encouraging to see the engagement that fans around the world have with Formula One media,” said commercial managing director Sean Bratches.