Abiteboul: Blame it on Flavio Briatore 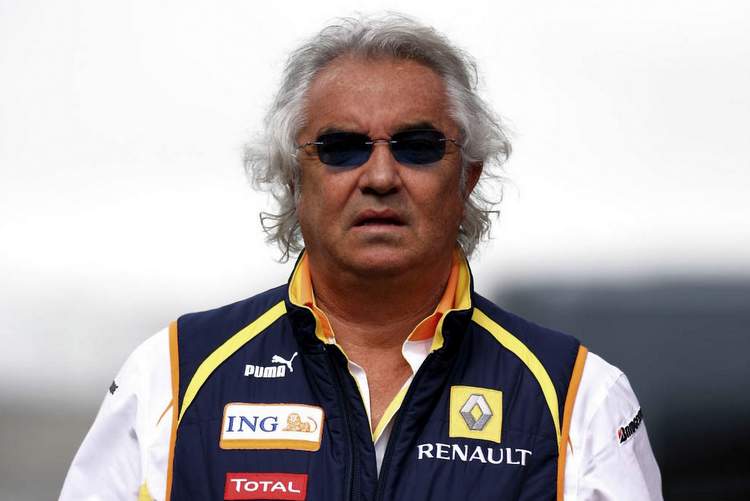 Eight years since he departed Formula 1 in disgrace, thanks to his role in the 2008 Singapore Grand Prix crashgate scandal, the destructive hand of Flavio Briatore can apparently still be felt within the Renault team.

When Renault returned to Formula 1 in 2001, with the purchase of the Benetton team, Briatore was made managing director and team principal. He presided over the team until his ignominious departure in 2009 and during that period he steered Fernando Alonso to two Formula 1 world titles in 2005 and 2006.

Now over a decade since then, Renault F1 chief Cyril Abiteboul has pointed a finger at Briatore, blaming him for the woes that still afflict the French team during the era of hybrid turbo power units in which they have struggled to match Mercedes and Ferrari.

In an interview with Auto-Hebdo, Abiteboul takes up the story, “Viry-Châtillon [Renault F1 headquarters] is a team which needs to be rebuilt and where everyone needs to learn to work together once again.”

“Today, we continue to pay the price for Flavio Briatore’s decision back in 2007 to fire hundreds of people when it was decided to freeze [F1] engine development.”

“It was a withdrawal from F1 while Mercedes maintained its activities, acquired Ilmor and invested in the future with several road-going projects which prefigured what would happen in F1.”

Abiteboul was appointed Renault Sport F1 managing director in 2014 and was set with the task of reviving the works team while overseeing the production, supply and maintenance of customer engines.

He explained, “Since I’ve taken charge, I’ve recruited around one hundred people at Viry-Châtillon. The structure has obviously been modified, with a redistribution of responsibilities. People now need to work together, and understand each other without words.”

Big Question: Is it fair to still blame Flavio for Renault’s current shortcomings?