Horner: Our priority is to keep Daniel in the team 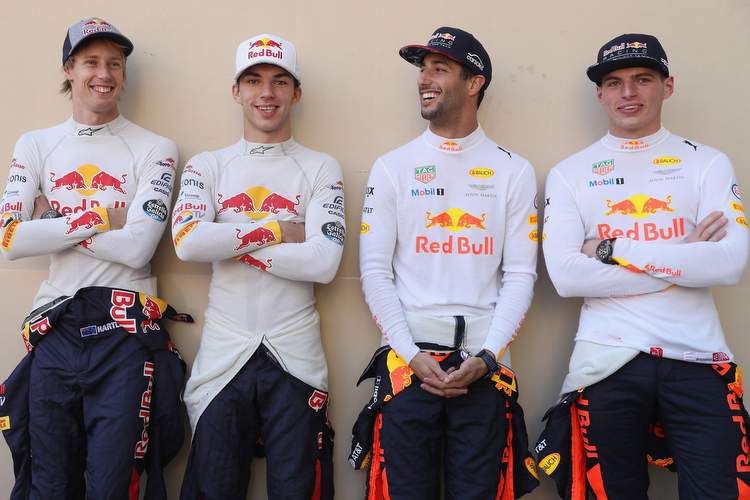 Daniel Ricciardo has made no secret of the fact that he is waiting until testing in Barcelona, early next year, before deciding on his future while his Red Bull team are keen to retain the Australian they also do have options to replace him should the need arise.

Max Verstappen has signed up with the energy drinks outfit until the end of 2020, but Ricciardo who beat him in the 2017 Formula 1 World Championship may be looking at options which may include a move to Mercedes or Ferrari.

The Silver Arrows are apparently still evaluating Valtteri Bottas as the Finn has only a one year contract with the World Champions for now, while Ferrari’s Kimi Raikkonen is in the final year of his contract with Ferrari and not sure that the Reds will extend his deal beyond 2018.

For Red Bull retaining Ricciardo until the end of 2020 is high on their priority list as team chief Christian Horner explained to Sky Sports, “We’ve just come through a long hard season, so the last thing we’re going to be doing is getting into the depths of contract discussions.”

“But I think early in the new year, once we’ve seen how the car’s performing, how things are panning out, then it’s our priority to make sure that we retain Daniel in the team until at least 2020.”

“It’s a different scenario for Daniel. It’s the first time he’s effectively a free agent. It’s also a critical time in his career, he’s 28 years of age. This next step is going to be crucial for him and we just want to make sure we give him the right car to be able to deliver his potential.”

“It’s always good to have options. We’ve invested a lot in the young driver programme over the years and we’ve got some great talent on the programme. We’re certainly not short of options,” added Horner.

These options include Carlos Sainz who has been loaned to Renault for next season, but could be recalled to team up with Verstappen once again – the pair were teammates at Toro Rosso.

Other drivers in the junior programme include Pierre Gasly and Brendon Hartley.