Wolff: We don’t want a driver who is a puppy in the car 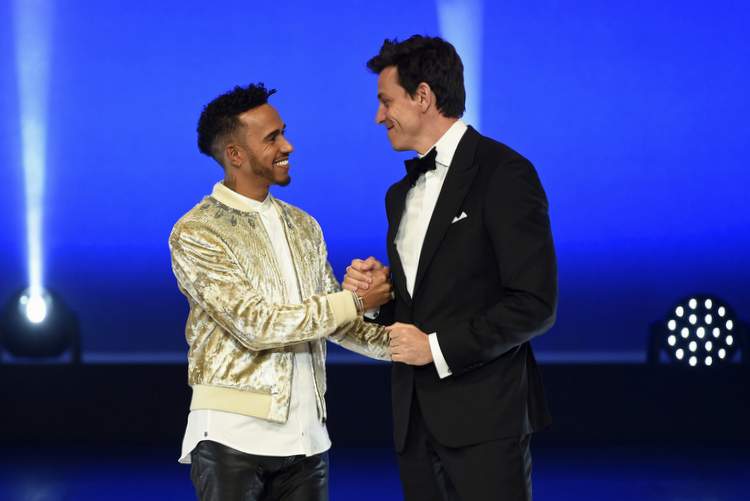 Mercedes F1 chief Toto Wolff accepts the lifestyle of his team’s star driver Lewis Hamilton, as long as the four times World Champion delivers when it matters on grand prix weekends while confirming that a contract extension is on the cards.

Summing up the season during an interview with ESPN, Wolff said, “I think Lewis is a free spirit. Lewis doesn’t want to be put in a box with people saying: You need to behave like this and do this to be a racing driver.”

“One of the key things for him is to be free and be able to decide what he wants to do. For me it is important that he performs on the weekend and in the car, that’s our deal.”

“As long as he does that I have no problem in seeing him travelling the world and pursuing his hobbies. Every time he has the most crazy schedules and he sits in the car on Friday and Saturday and blows everybody off.” [Editor notes: I think he meant blows them away…]

“He could be doing something completely different in a year or two or three’s time and I am aware of that, but equally I know he will protect the structure and not just say: I’m out of here tomorrow. But this is part of his strength actually.”

Hamilton has been somewhat cryptic about his future, at times suggesting he could quit at any time while on other occasions he hints that he could be around for at least another two or three years. Whatever the case he is set for a new contract with the Silver Arrows and by all accounts this is in the throes of being finalised.

Regarding new contract negotiations, “They have started already and we are on a good way. Let’s see when the white smoke comes out of the chimney,” revealed Wolff in reference to the tradition practiced by the Vatican when a new Pope is chosen.

Much has been written about the ‘kitchen’ meeting between Hamilton and Wolff in the wake of a tense and fractious 2016 season, in which Nico Rosberg and the Briton battled it out for the title, with the German ending on top and retiring mere days after winning the drivers’ championship.

Wolff recalled, “Somehow we have been working now with each other for five years and we are brothers in arms. We share the same objectives, we want to win as many races as possible and as many championships as possible, and this has bound us together.”

“Some frustrations built up in the last year due to the rivalry between Nico and Lewis and reliability issues that were on his car last year and we let it all out in the kitchen discussion. We acknowledged each other’s frustrations and that is an important step forward in any relationship, to understand where the other one is coming from.”

“This has helped and we’ve thought about it over the winter in so far that all the other things that were happening – James [Allison] coming and Valtteri [Bottas] joining the team – the relationship has become much stronger. And on our joint journey, hopefully, over some years to come, this is an asset.”

“What impresses me with Lewis and its inspiring for all of us here is how a personality who already operates on a very high level, he is a World Champion, how he is able to recognise weaknesses and step up every year.”

“He has come back in 2017 the strongest Lewis I have seen so far, the best him outside of the car, maintaining the force and the anger in the car which is a very difficult balance to get right.”

“We don’t want a driver who is a puppy in the car just because we want to have somebody who behaves nice outside of the car. He has managed that very well and I could not have wished for more in 2017,” added Wolff.