Marko: For the first time we saw Mercedes are vulnerable 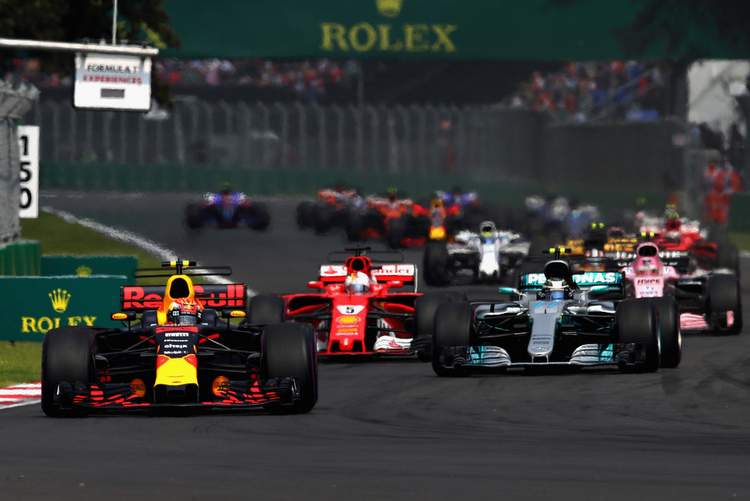 Red Bull consultant Helmut Marko is never short of an opinion or two and when summing up his team’s 2017 season he acknowledged their failings but at the same time pointed out that Mercedes were vulnerable for the first time since the dawning of the new turbo era back in 2014.

Although in the end, Mercedes dominated the season, there were times when they stumbled. Max Verstappen’s victory in Mexico, for instance, was dominant in a style that the Silver Arrows have become accustomed to.

In an interview with Speedweek, Marko reflected, “We have had a similar run to what Mercedes enjoys now, four titles in a row. Then came the new engine regulations, for which Mercedes have done an incredible job.”

“They were in a class of their own during the first turbo year in 2014 and remain superior thanks to their engine performance. In 2017, for the first time in this new turbo era, we saw they are vulnerable.”

Much was expected from Red Bull at the start of the season, but wind-tunnel calibration issues impacted negatively on the team’s RB13 and it took several races before the clever guys at energy drinks outfit got on top of the problems.

Marko acknowledged, “We were weak in the season past, our car was not actually ready for Barcelona testing. We have recovered well from the data problems and in the last six races of the season Max Verstappen scored the most points of all the drivers.”

“Unfortunately, from Bahrain to Singapore he also had a phase with seven failures in twelve races. The lack of power unit reliability was our biggest weakness. Max made two unnecessary mistakes, at Monza and in Budapest.”

The season was one of two halves with Ferrari having the edge throughout the first half  but, although their car was still good for the sharp end of proceedings in the second half, they imploded and Mercedes seized the advantage from Monza onward, with Lewis Hamilton raising his game to great heights to claim the title with three races remaining.

Marko recalled, “Ferrari certainly had the best car over the whole season, but they made too many mistakes, both tactically and technically. Previously, when Sebastian Vettel drove for Red Bull, his greatest strength was his form after the summer break.”

“He used to return with an uncanny mental strength and what inevitably followed was a winning streak. But this year, already with the start collision in Singapore I thought: That will not happen this year,” he added.