Marko: A visit to Honda convinced Verstappen to sign 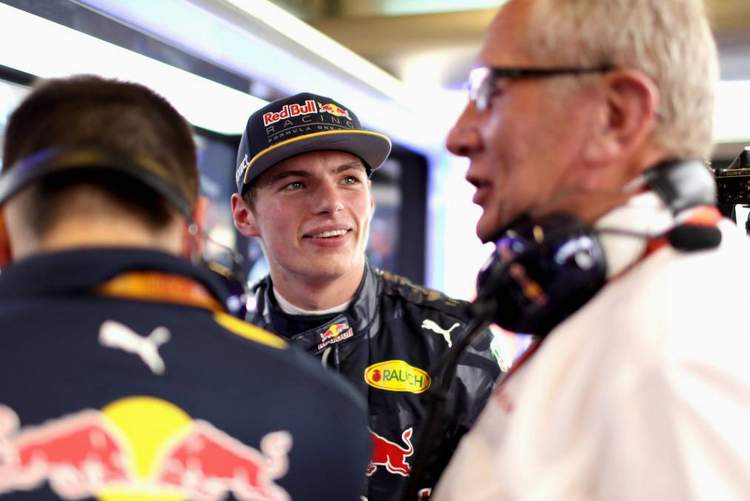 One of the big news items of the year gone was Max Verstappen committing to Red Bull until the end of 2020, an unexpected development as he is a very hot property in Formula 1 and a Mercedes or Ferrari deal might have been an alternative but a visit to Honda convinced the young Dutchman to stick it out with the energy drinks outfit.

In an interview with Speedweek, Red Bull’s Helmut Marko revealed, “We simply explained to [Max] what our plans for the future are. We have guaranteed him that we will have the top people all under contract.

“And that we have an alternative option with regards to our engine. We flew to Honda’s HQ in Sakura where they have an incredible factory and all this convinced him.”

This all but confirms that Red Bull are hedging their bets by securing Honda power for Toro Rosso, their junior team while biding time by sticking to Renault power for their senior team.

No doubt the hope is that Honda will get their power unit to a competitive level, which would then allow Red Bull to ditch their customer Renault deal to become a works outfit when and if the Japanese manufacturer can deliver the required horsepower and reliability to challenge Mercedes and Ferrari.

Time will tell if this happens, either way, Red Bull have been smart in creating an interesting option out of what was previously a no-win situation. After all, neither Mercedes or Ferrari are interested in supplying engines to the team.

Whatever Verstappen saw was enough to convince him to ink a deal is said to be worth around $20-million per year over the course of the next three years, this could become a lot more if performance-related bonuses kick in.

Marko explained, “Max also took advantage of the situation and negotiated a salary increase. Even if he is far from being in the league of Hamilton and Vettel in terms of salary. If he wins F1 world championships, then he can rise to those salary levels.”

“We negotiated a relatively low basic salary, but a strong bonus system, per point, per win, per world championship title, if he meets those then the cash register will start ringing,” added Marko.

Big Question: Have Red Bull been wise in hedging their bets with Honda and Renault?