Wolff: Our target is to identify the next Lewis Hamilton 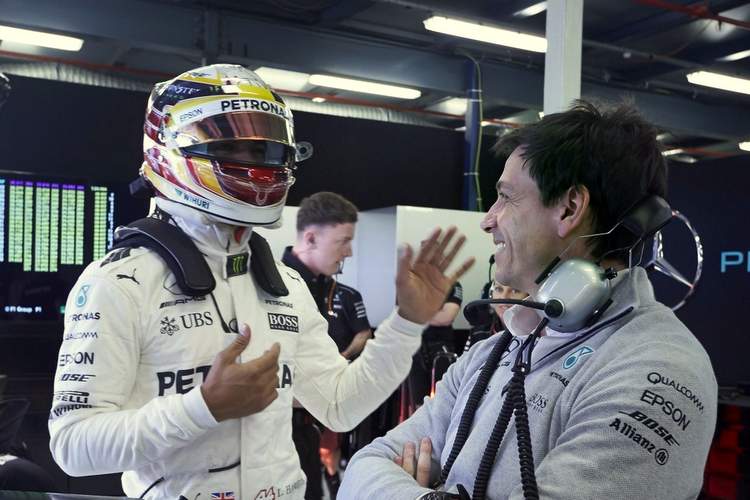 Mercedes team chief Toto Wolff laments the fact that Pascal Wehrlein is unlikely to be on the Formula 1 grid in 2018 despite having a solid year with backmarkers Sauber while revealing that the quest to find the next Lewis Hamilton is an ongoing but tough task.

Reigning F1 World Champion Hamilton is more often than not vague about his future, but it is expected that he will ink a record-breaking (financial) contract with Mercedes to keep in Formula 1 at least until 2021.

Meanwhile, the Silver Arrows are intent on finding a driver who can step up when required to fill the big shoes of the team’ superstar driver.

Wolf said of Mercedes protege Wehrlein, “Pascal is in a difficult position because there is not really an open spot for next year if Williams door closes.”

Reading between the lines there is a hint that Wehrlein still has a slight chance of bagging the final seat on the grid with Williams, who are a Mercedes customer team, although it appears that well funded Sergey Sirotkin is now the front-runner for the drive.

But Wolff insists, “Pascal deserves to be in Formula 1, he is a very good driver. On track his performance was exceptional, and for many other reasons that go much beyond the driving the doors haven’t opened like we would have hoped. But I think he has the potential of being a successful Formula 1 driver.”

Mercedes have groomed several drivers through their junior programme with the goal of finding that special one to eventually take the step into a Silver Arrows cockpit.

Wolff makes no secret of the mission, “Our target is to identify the next Lewis Hamilton and that is not an easy task because he’s just on an incredible level.”

“The decision that we have taken is that we want very fast and experienced drivers in the car, being at Mercedes is not the place where you learn, you need to be pretty complete when you join us.”

“I mean so far I am happy with the programme, how it is going and who knows maybe in two or three years we will have the next junior driver in a Mercedes who has made his way up from Formula 4, Formula Renault like George [Russell] or Esteban [Ocon] did.”

“Esteban has a seat in Force India and is somebody that is a hot asset in F1 as many teams have expressed interest.”

“George is just at the beginning of his F1 journey, he has achieved our joint goal which is to win the GP3 championship.”

“Now let’s see how he goes in Formula 2 next year. His testing [with Force India] was very good but it is very early as he needs to earn the right to be in a Formula 1 car and this is when the serious business starts,” added Wolff.

Big Question: Who will be the next ‘Lewis’ for Mercedes?